Katharine McPhee certainly knows how to keep playtime real. The actress shared a new picture of herself and her son Rennie David Foster.

In the cool new picture, the new mom is relaxing in an inflatable pool, sipping beer, with her baby on a yellow float. She captioned the “cool mom” picture “mommy and me”.

Katharine McPhee Shares Rare Moment Of Her And Son On Instagram

On Monday, the “Scorpion” actress posted a picture of her chilling in a small blow-up pool, and she appeared to be drinking a Blue Moon beer while Rennie played in a yellow, green and pink floaty in the pool. Behind the actress and her baby are colorful clothes hanging from a rack and hats and others.

The pool was set up in the middle of the room and Katharine, 37, rocked a black sports bra. Rennie is Katharine’s first child and her husband David Foster‘s first son. She has posted playful pics and videos of her son on Instagram since he arrived on 22nd February this year. One of those posts was a video of her dancing marvelously and holding up her son to television of her singing on April 26. 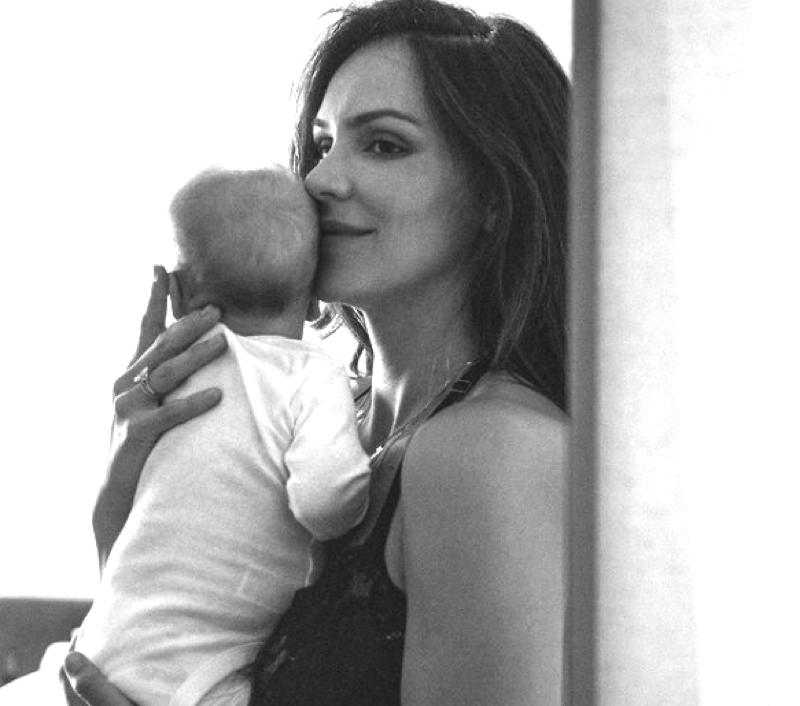 She captioned the post, “The ONLY screen time my baby is allowed to have.”

On “Today with Hoda and Jenna”, the “Country Comfort” star explained the meaning behind her son’s name.

“OK, well, his name, we haven’t said anything, my husband hopefully won’t kill me for saying it, but his name is Rennie David Foster,” Katharine revealed to Hoda Kotb and Jenna Bush Hager. “We picked Rennie because I had actually been in labor for a while, we didn’t have a name picked out.”

“It was his great-grandfather’s name, his great-uncle’s name,” the star added, “so it has a long history in his family. My husband said, ‘Hi, Ren Foster,’ and so we said, ‘That’s a good name. It’s a strong name.'”

Days Our Our Lives (DOOL) Spoilers: Arianne Zucker Gets Engaged To DOOL Alum