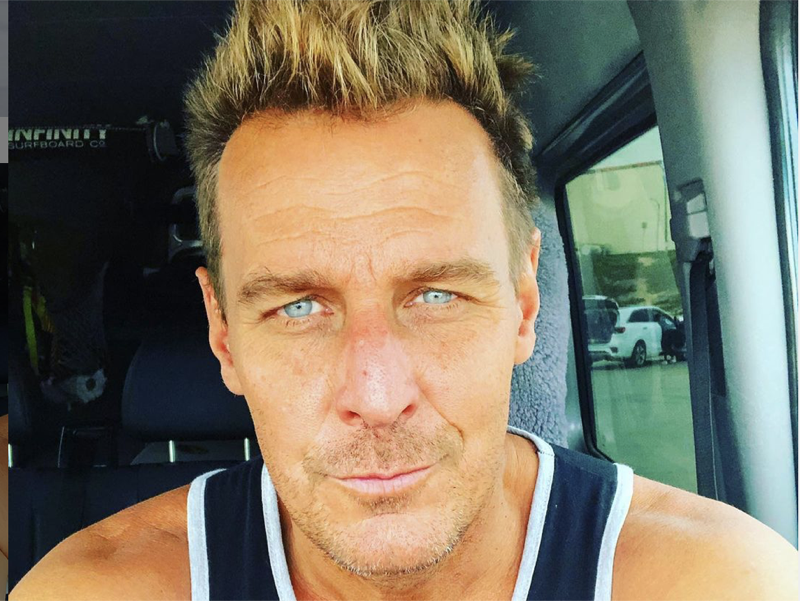 General Hospital spoilers divulge that Ingo Rademacher family loves to stay physically fit with him and he has two running partners who make his routine much more fun.

Both of his sons run with dad and it’s a family hobby that Ingo started when they were still very young.

He posted a pic to his Instagram of the family running and it looks like everyone is having fun!

He captioned the pic: “Running with my boys is one of my favorite things to do. Started them with 1 to 2 mile runs when they were about four years old. They complain sometimes but when they say thanks for always making us run with you Dad…..I known I’m doing the right thing. Do you run with your kids?”

Ingo’s fans enjoyed his post with one writing, “Lol…run…yeah, I still haven’t tried. I will eventually. Maybe when it wams up. Snowy day here in Virginia,” and one chimed in, “Not a runner but i would run with you! 😂🔥. But what a great way to keep your kids physically fit and teach them the benefits of exercise.”

There were also plenty of fans who do run: “Yes I do. My son always complained and then in high school he tried track ran the 400 and 800 and first season was league champ. Then he joined cross county and make to CIF finals all 3 seasons he ran XX . Senior year he told me thank you mom. Lol.” 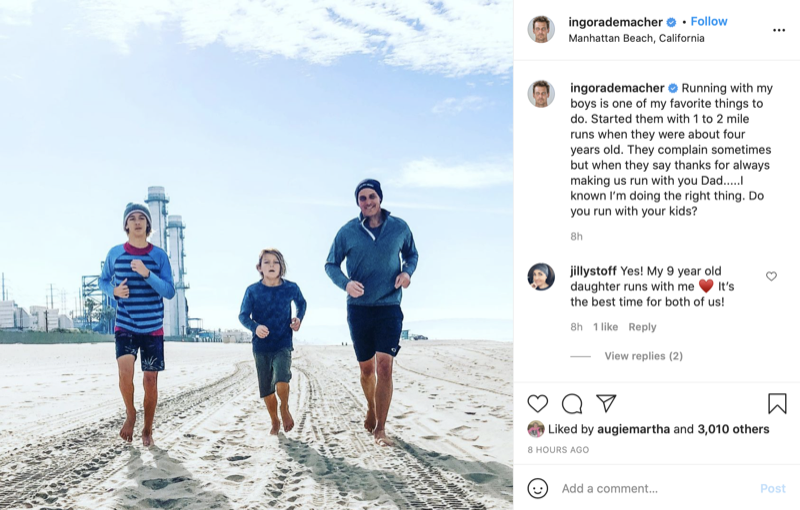 Another runner posted: “Yep, have run with my boy for years now ❤️! He ran xc and track in high school, so he’s a lot faster than me. Nowadays, We start and end together, and he encourages his mom as he runs circles around me.”

Life is anything but a beach for Ingo’s GH character Jasper Jacks. His whole world could come tumbling down now that the whole half-heart necklace mystery seems to be coming to an end. He lied, along with Carly Corinthos (Laura Wright), about it and his girlfriend Nina Reeves (Cynthia Watros) is on a tear.

What happens next for Jasper, Carly and Nina? Is it possible that the real owner of the half heart necklace, Nelle Benson (Chloe Lanier) is still alive and ready to bring mayhem back into their lives?