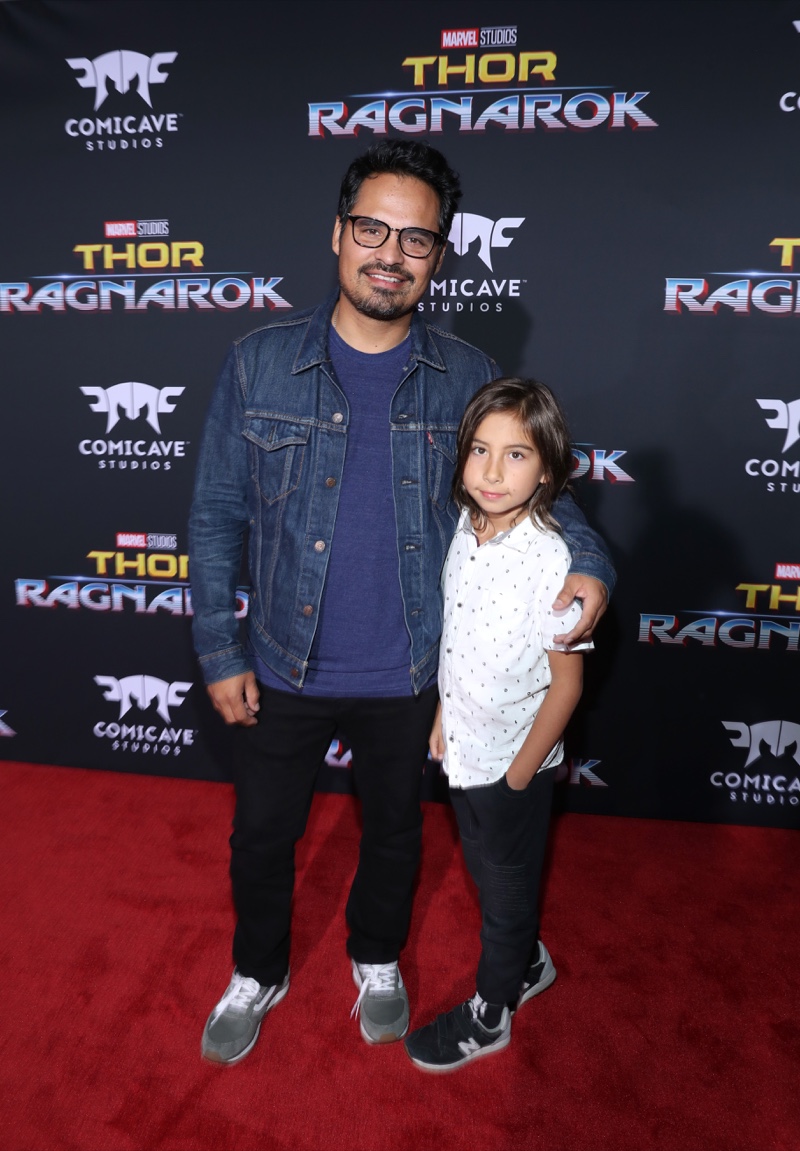 The CHIPS actor was dressed casually in a jean jacket over a blue shirt with black pants and sneakers. He embraced his son while posing for pictures.

Pena recently revealed that his son has no desire to follow in his acting footsteps.

“I believe he’s a cool kid. But all he says to that is, “nope!” and he just wants to play with LEGOs. He loves Ninjago,” he told Latina.com while promoting The LEGO Ninjago Movie

Pena lends his voice in the upcoming My Little Pony: The Movie. He voices the character Grubber.

The star is married to Brie Shaffer.