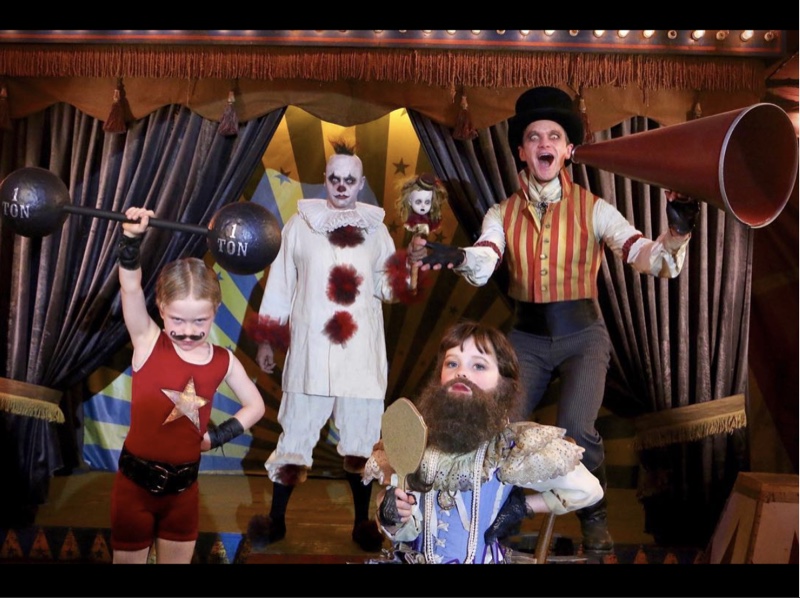 Step right up to the Harris-Burtka Carnival!

Neil Patrick Harris took to Instagram to share a spooky shot of his family dressed up in carnival themed costume for Halloween.

In the picture, the actor is the ringmaster of the carnival while his husband David Burtka is an evil clown.  Gideon is a strongman and Harper a woman sideshow with a beard.

Harris recently revealed that he is inspired by the athleticism of circus performers.

“I’m so impressed with the bodies of circus performers,” he told People. “They look like regular people, but they’re fit enough to climb up the side of a building. That’s kind of my ideal.”