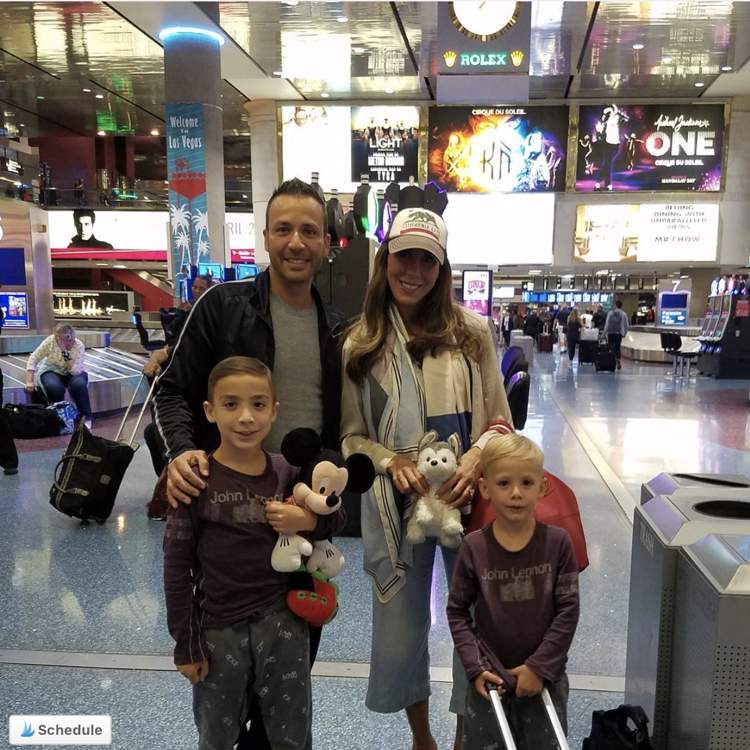 Howie Dorough took to Instagram to share a shot of himself and his wife Leigh Boniello and their two sons James & Holden at the airport in Las Vegas, NV.

“Guess who’s back? Back again…. Backstreet’s Back tell your friends…#Backstreetsbackinvegas #largerthanlifee,” he captioned the family portrait while referencing his residency with the pop band at Planet Hollywood Resort & Casino on the Las Vegas strip.

Dorough recently said that a residency in Las Vegas is perfect for him and his bandmates who all have families.

“Vegas is the place that everyone wants to be at. I think it’s because in the last 10 years, people like Celine Dion, Elton John – even the younger generation of Britney Spears, J. Lo – they made Vegas a hot desirable place that artists want to go to instead of just in and out on tour,” Howie told Billboard magazine. “We used to always have fun when we go there for a couple of days, but to think of being one place… for us, now, in our career, it makes a lot of sense. I think it’s a little bit healthier for us, on the bodies. As well as the fact that we now have families, we can bring them out there if they want to visit.”

As of now, the Backstreet Boys have signed up for 26 shows in Las Vegas.

Dorough and his wife married in 2007.