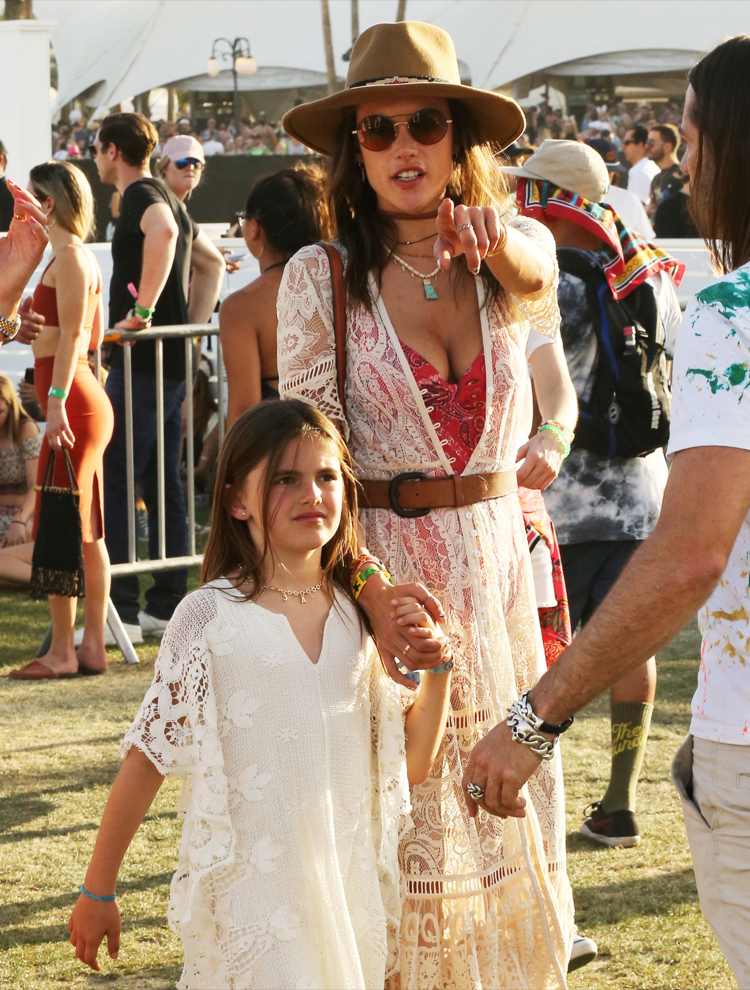 Alessandra Ambrosio and her daughter Anja attended day 3 of the 2017 Coachella festival on day 3 in Indio, CA on Sunday (April 16).

The Victoria’s Secret model was dressed in a white lace number dress which she layered over a printed swimsuit. Her daughter matched in her own lace dress.


Ambrosio and Mazur are also parents to 4-year-old son Noah.

The longtime engaged couple have dated since 2008.