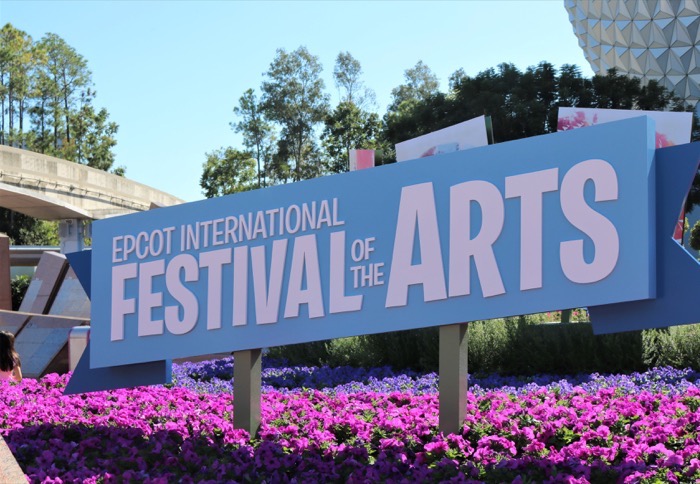 Epcot at Walt Disney World Resorts in Orlando, Fl has a brand-new festival this year called the International Festival of the Arts. It runs Fridays through Mondays From January the 13th through February the 20th.

If you know anything about Disney and the way they do things, then you know it is done well and would be worth going to, but being new, you are probably wondering what to expect.

I had the opportunity to visit last Friday and loved it. I will be honest in saying I truly wasn’t sure what it would entail but I had high hopes, and I do hope they will add more as it builds each year, but it was very enjoyable overall. As for going on a Friday, it wasn’t crowded and the lines weren’t bad for anything, so I would recommend that or the Monday option over a Saturday or Sunday, if possible. 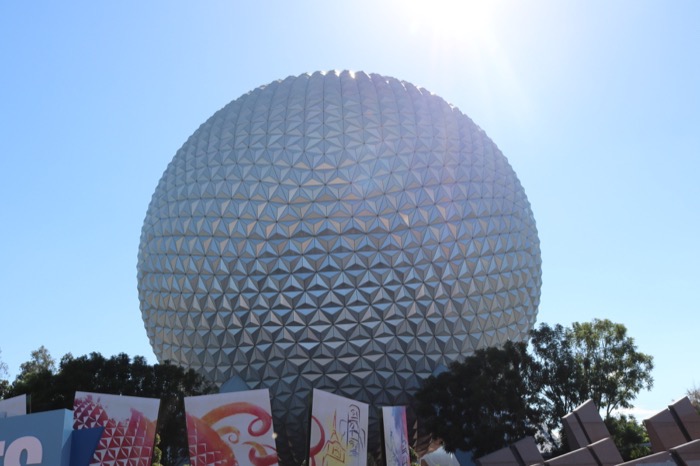 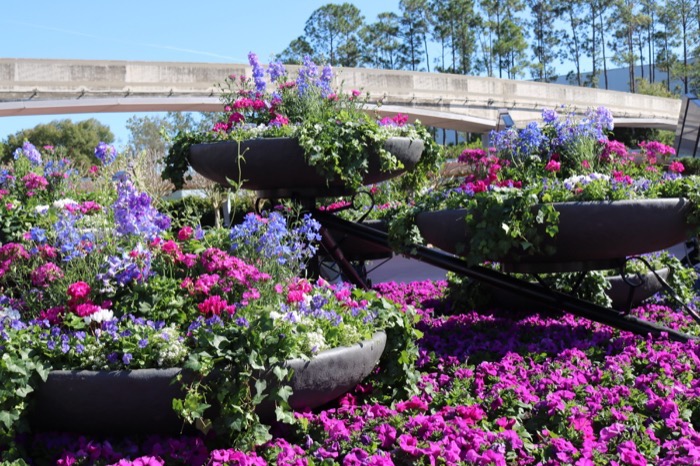 When you enter the park, and stop to take your first photos in front of the famous Epcot Ball, the planters of flowers and the signage is so lovely and welcoming, and it is changed out just for this festival in beautiful purples and pinks, so don’t miss that.

First thing you need to know is – this festival covers several of the arts, including entertainment, culinary arts, and not just literal art. So, depending on what you’re wanting to see more of, you may want to really look at your guide map before you start out. 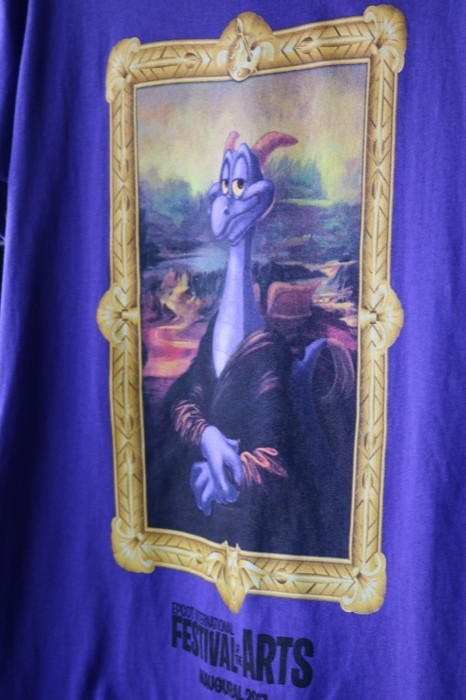 There are 2 stationary art areas for original and artwork prints that you can spend time seeing. One is a smaller tent type set up that is close to the front area of the park, that has some awesome artwork that is framed for purchase, and also some bins of matted artwork for sale as well. They carry t-shirts just for the festival, in a few varieties too and both places have them for sale. The artwork is all done by Disney animators and many of the pieces are really amazing and unlike what you would expect, not just the cartoon style, but also fine art pieces in many styles. 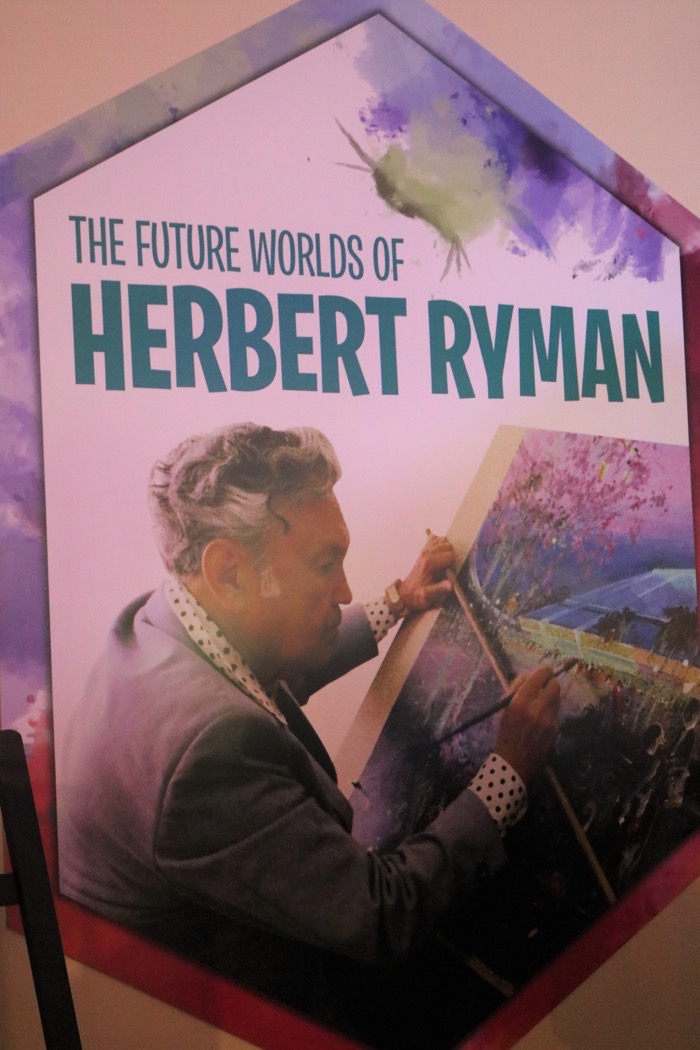 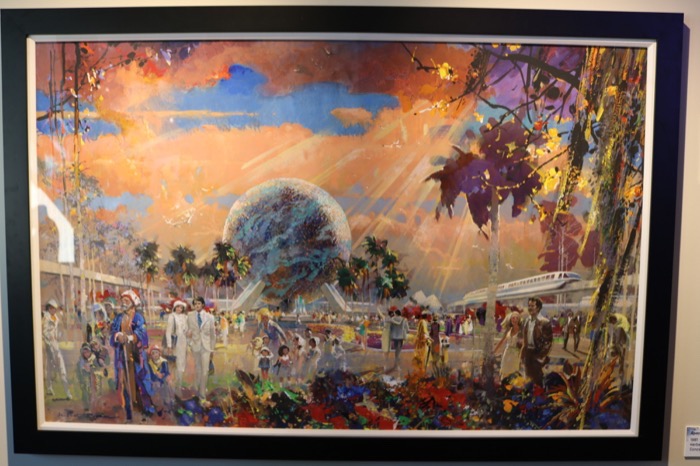 The second spot you can find the artwork is called the Odyssey Festival Showplace, and it located to the left, just before you head out into the World Showcase area, and just before you come to Mexico. It is a large building that you may have not ever noticed even being there before, because it’s easy to be distracted as you are coming up in that area, looking ahead of you. Inside you will find plenty to see. 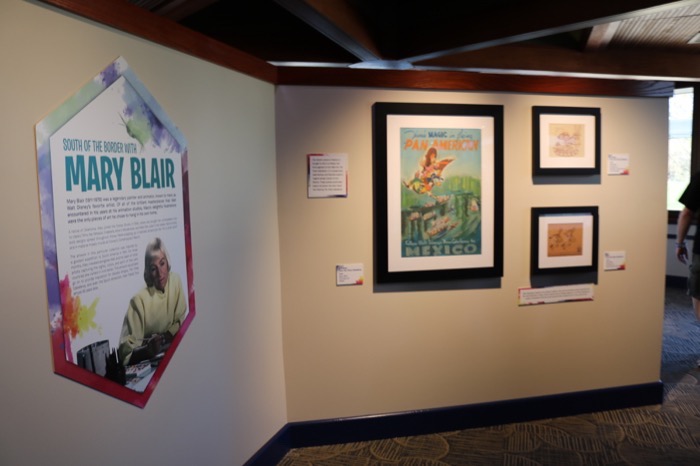 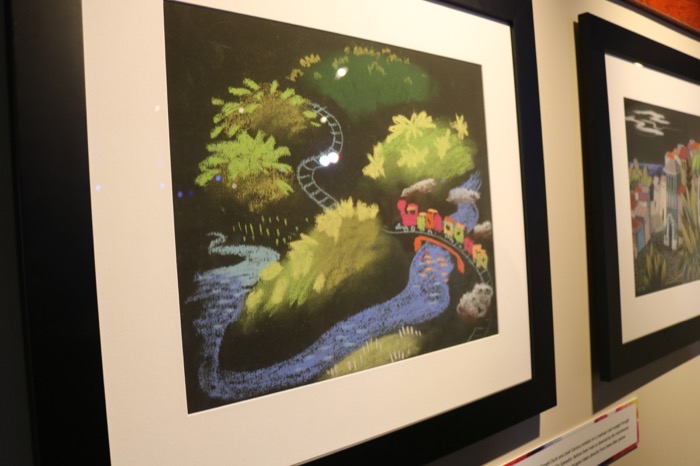 There are two designated areas of original pieces by two famous Disney artists, both of whom worked for Disney for many years. Both of their pieces are amazing, and their styles are very much different. One of them was known as Disney’s favorite animator, and her pieces are just lovely and full of color and life 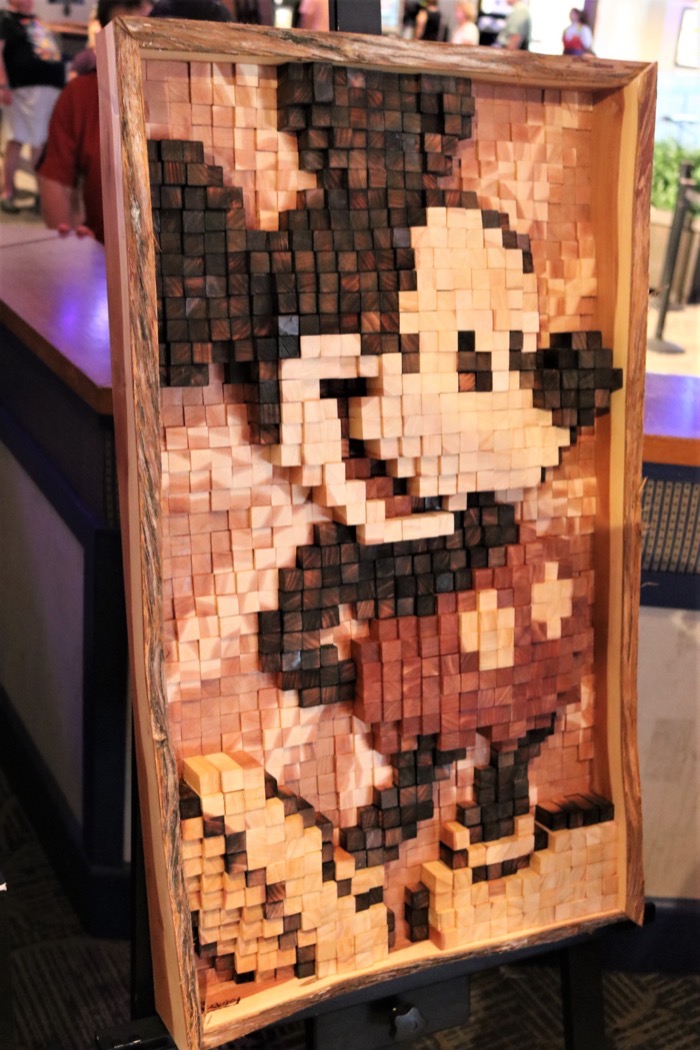 There is also a shop area set up there in the middle that sells original pieces in frames and some unusual art too, like an awesome Mickey made entirely of wood blocks. You will see your favorite characters in the pieces and some original sketches, and not just those finished, final pieces. 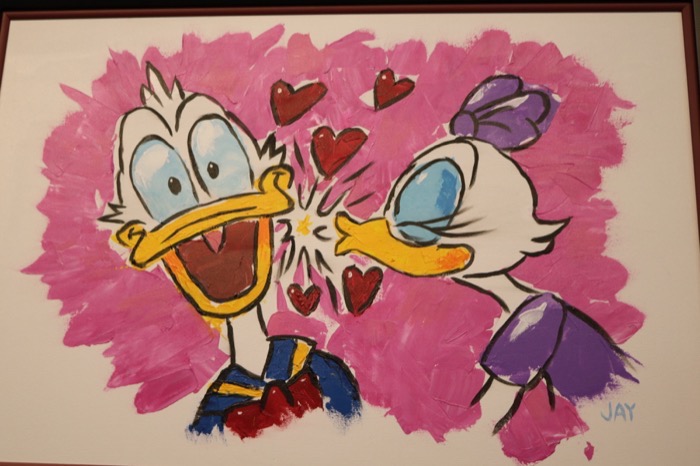 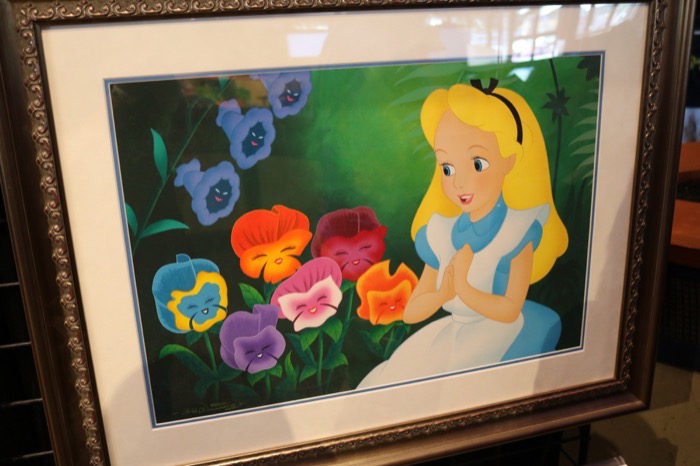 This spot has a restaurant called the Painter’s Palate, that has been added just for the festival, and a stage in the center of it, between the two art exhibits where there are many performers over the course of the festival. 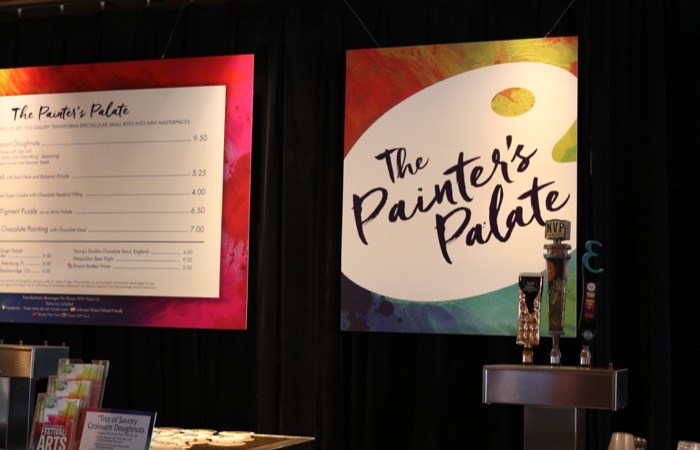 One suggestion I will make is that if it is warm out when you are visiting, (January and February do tend to be chilly at times, believe it or not.) save this spot for the middle of the afternoon, so you can get out of the hot sun and stay inside in the cool while.

Now, if you are there for the culinary arts, then you will not be disappointed. There are many food stations set up all over the park, and of course, several of them are in the World Showcase in the countries and feature some amazing dishes in perfect, small snack sized portions so that you can try several.

Many are in the form of pieces of art, for example, at the Painter’s Palate, you can buy a little easel holding an edible and painted piece of white chocolate. So pretty you don’t want to eat it! And there is a huge chocolate chip cookie at another spot done up in the shape of a paint palette with colored icings as the paint.

Some of the foods are very sophisticated and so impressive to look at, and you will find many varieties around the countries, so be sure to stop at each one if you are there for the food. 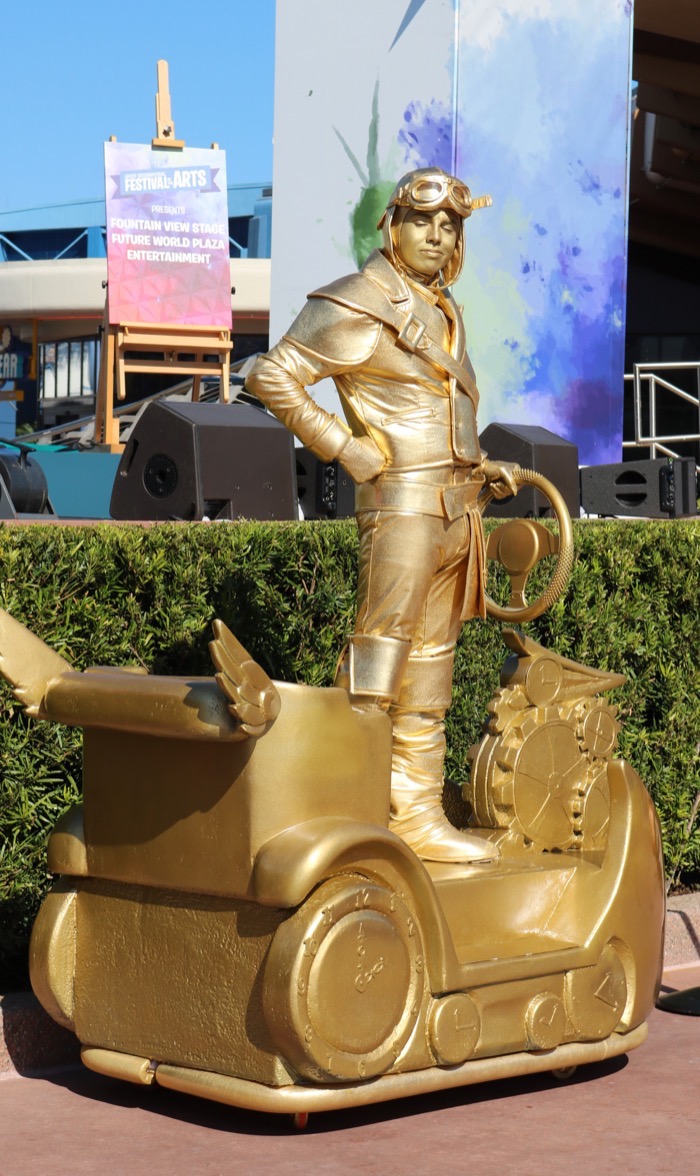 Lastly, there is a lot of entertainment around the park to see as well. As you come from the front area of the park, by Spaceship earth and head out to the world showcase, there are live statues there that are amazing. You can pose and take photos with them, but mostly, you’ll want to just stay and watch them. It’s phenomenal how long they can stand still and truly not move even a facial muscle, but they do also move occasionally and do funny things, too. 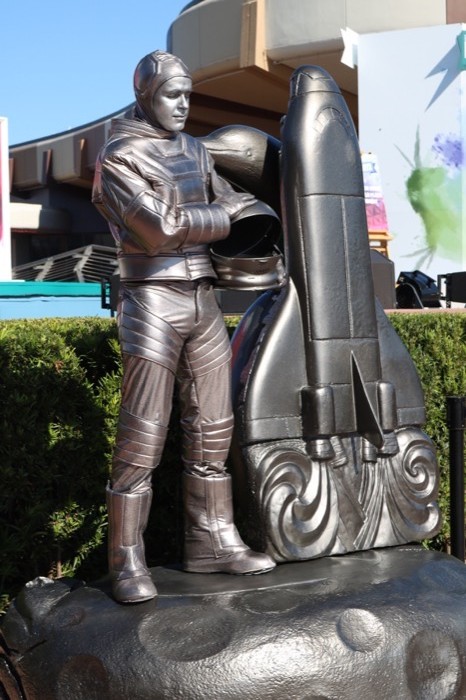 There is not only the stage area mentioned above to see entertainment performed, but also in the center of the world showcase, right across the water in the back, near the American section, there is a larger stage area where you can see live Broadway performances of some of your Disney favorites, acapella performances and jazz musicians. 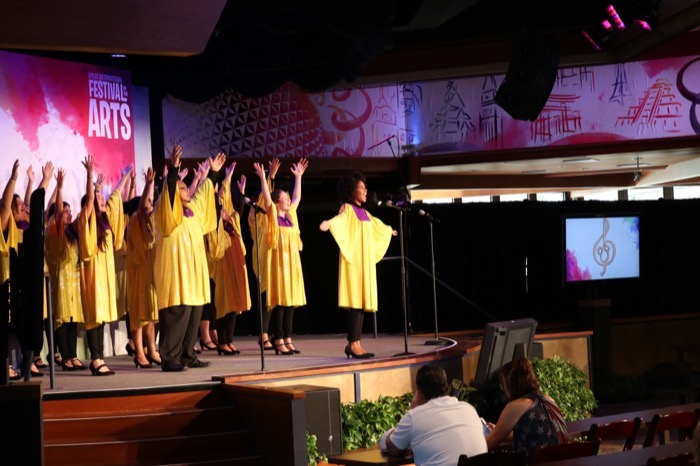 They are featuring many marching bands, local high school groups, and local choirs as well, so if you know someone who may fit that bill, find out when they are performing.

One great thing they are offering to guests is to purchase a package where you get prime dining experiences at breakfast, lunch or dinner, at the place of your choice (out of 5 places), and then a premium seat at the 8:00 p.m. performance, for one price. 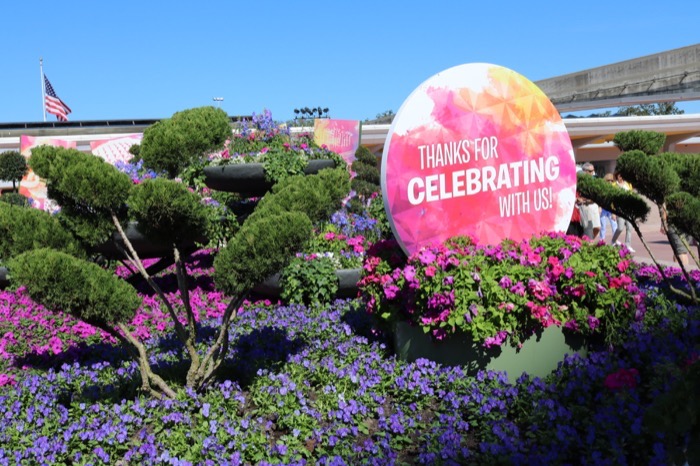 As always, Disney knows how to do things well, and to excellence, and this festival is no exception. So, try to get there if you can this year, or expect it to return next year and make it a family trip.