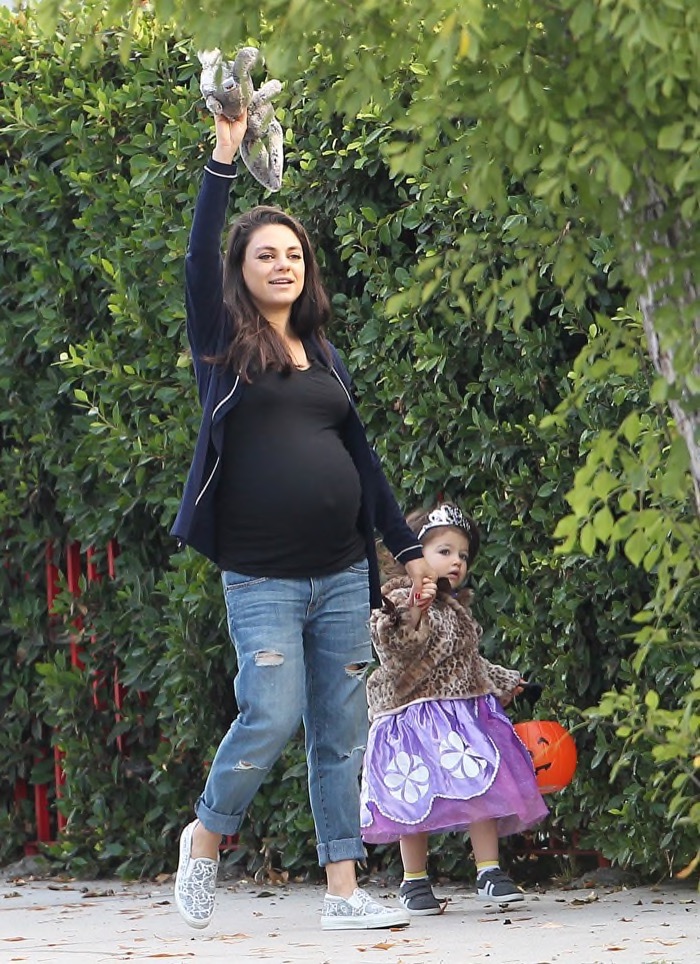 Mila Kunis and her husband Ashton Kutcher were photographed taking their daughter Wyatt trick-or-treating for Halloween in Los Angeles, CA on Monday (Oct. 31).

The pregnant Bad Moms actress dressed in a navy cardigan over a black cardigan with ripped boyfriend jeans and sneakers. She held the hand of the youngster who looked adorable dressed in a Sofia the First costume.

Kutcher recently revealed what the 2-year-old thinks of her mom’s growing baby bump.

“She points to Mila and she’s like, “baby brother” when she points to the belly,” Kutcher told Today. “And then she points to dad and she goes, “Beer,” so I think she gets there’s something in the belly but I don’t quite think that she knows that it’s not going to be a plastic doll yet.’

The baby boy is due to arrive in as little as six weeks.