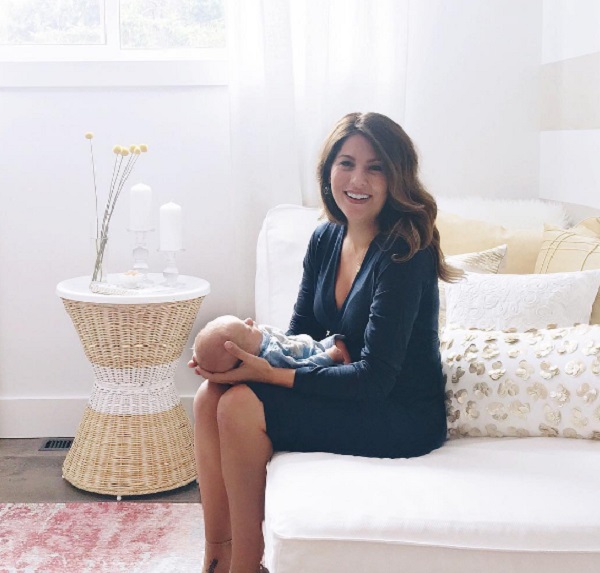 Jillian and her longtime boyfriend Jason Pasutto announced the birth of their healthy baby boy, Leo George Tiziano Pasutto on August 6 2016.  Since Leo’s birth, the happy couple has been sharing adorable snapshots of their newest addition on social media, and we can’t get enough of him.  What a precious baby boy!

On August 30 Jillian announced on Instagram that she was back to work on “Love It Or List It,” the new mom traveled to Vancouver with baby Leo to film some house reveals for the HGTV series.  Harris shared a sweet photo of herself and baby Leo on the set of the show that she co-hosts.

In the caption Harris explained, “I absolutely cannot believe I’m “back at work” already. We had some@loveitorlistitvancouver reveals planned before babe was set to arrive but Leo had other plans… and so… it meant the moment I felt back on my feet, I had to scoot back to Vancouver so our lovely homeowners could move back in!!! Crazy right!?? So here we are, little Leo and I, blissfully “working” on set…”  Jillian went on to thank everyone there who helped her out with her newborn, and of course she raved about her nursing dress, which looked amazing!