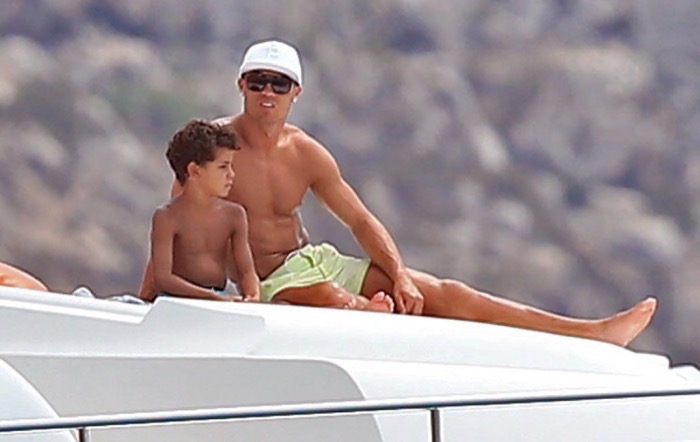 Cristiano Ronaldo and his son Cristiano JR. were spotted enjoying a yacht day while vacationing in Ibiza on Wednesday (July 13).

The soccer star wore green swim trunks and a white baseball hat with dark shades. He and his son soaked up the rays the while relaxing side-by-side.

Ronaldo recently won the Euro cup alongside his Portuguese teammates.

“No one believed in us,” he said. “I had already won everything with clubs. I lacked something with the national team. Portugal have deserved this after many years of sacrifice.

Ronaldo was taken off on a stretcher in the 25th minute of the final with France. He suffered a knee injury from a collision with Dimitri Payet.