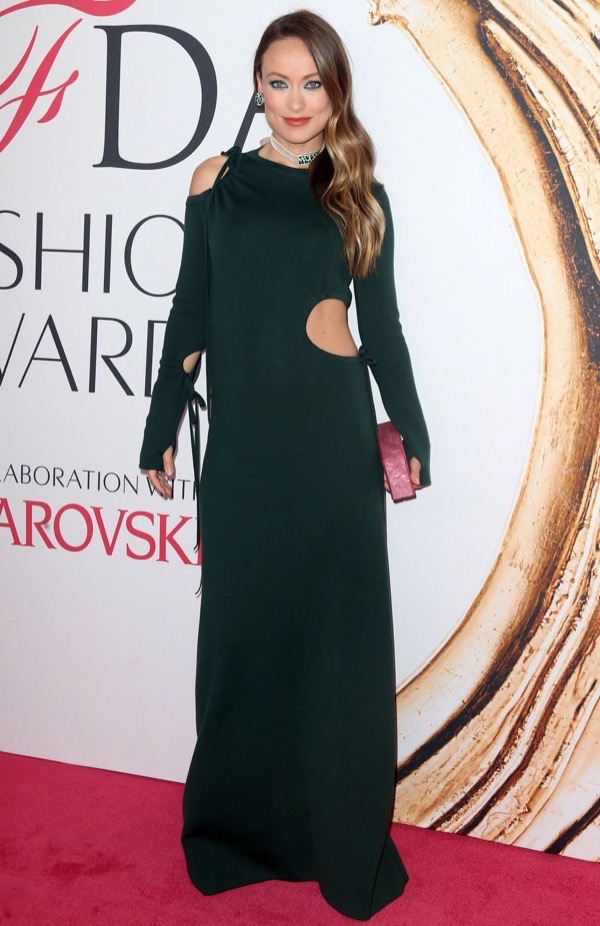 The Vinyl actress wore a green Rosie Assoulin dress that showed off her baby bump with a cut-out at her belly. She accessorized her look with emerald jewelry and a pink Edie Parker box clutch.

While walking the red carpet, Wilde revealed to PeopleStyle her pregnant dressing M.O.

This will the second child for her and husband Jason Sudeikis.