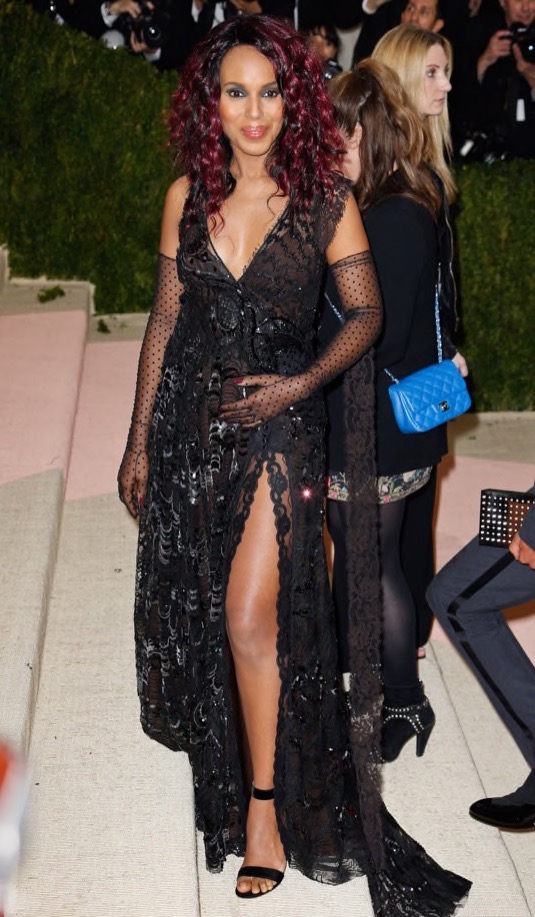 The Scandal actress debuted her tiny baby bump in a sequined Marc Jacobs gown with at high-high slit. She accessorized her look with Marc Jacobs sheer polka dot gloves and Gianvito Rossi shoes.

Washington who confirmed the news of pregnancy by cupping her bump while posing for pictures.

Later, she shared a shot of herself previewing the exhibit via Instagram.

At the exhibit. #MetGala

This will be her second child with husband, former San Francisco 49ers cornerback Nnamdi Asomugha.

The couple, who in June 2013, are already parents to 2-year-old daughter Isabelle Amarachi.