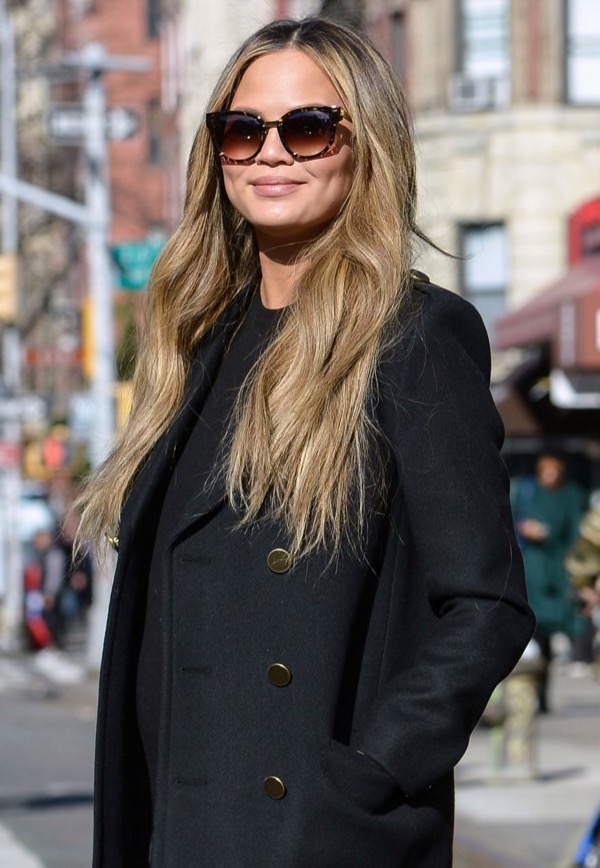 The Sport Illustrated model was dressed in a long black coat, a black shirt and matching tights. She accessorized her stylish maternity look with dark shades with over-the-knee heeled boots.

While promoting her new cookbook on The Late Show with Stephen Colbert, Teigen revealed that she and husband John Legend haven’t settled on a name for their baby girl.

“We change it all the time, so if you have a suggestion,” she told while cooking up a snack. “I asked President Obama if he liked one of our name choices and he said he did.”

“John isn’t sold on the name, so I figured if [the president] liked it, then John would be sold on it,” she revealed. “He says it’s too ‘Hollywood.'”

Teigen is expected to give birth mid-April.

‘The Bold and the Beautiful’ News: B&B Alum Adrienne Frantz and Baby Amelie Have Sparkly Family Day At the Museum