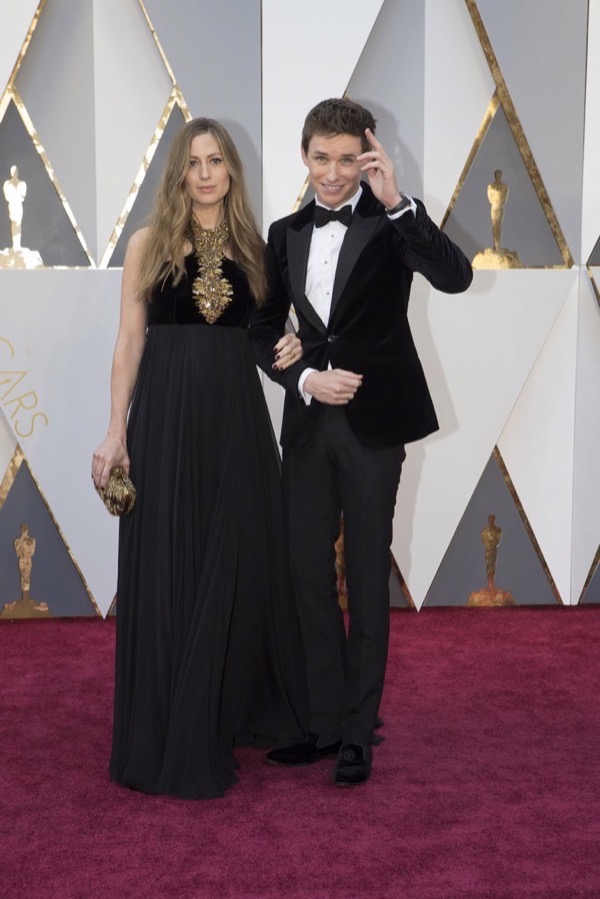 The Danish Girl actor looked dapper in a velvet tux while he walked the red carpet with his pregnant wife. She was dressed in ab Alexander McQueen gown with a gold embellished neckline that showed off a hint of her growing baby bump.

Redmayne spoke of expecting his first child while being interviewed on the red carpet.

“It’s so exciting and mildly terrifying but my brother in Hong Kong just had a baby girl, about two hours ago, so there is a new Redmayne in the world,” he told ABC‘s Robin Roberts.

The actor was nominated for Best Actor for his role in The Danish Girl.

Leonardo DiCaprio took home the Oscar for his lead role in The Revenant.

In 2015, Redmayne took home the coveted statute for The Theory of Everything.