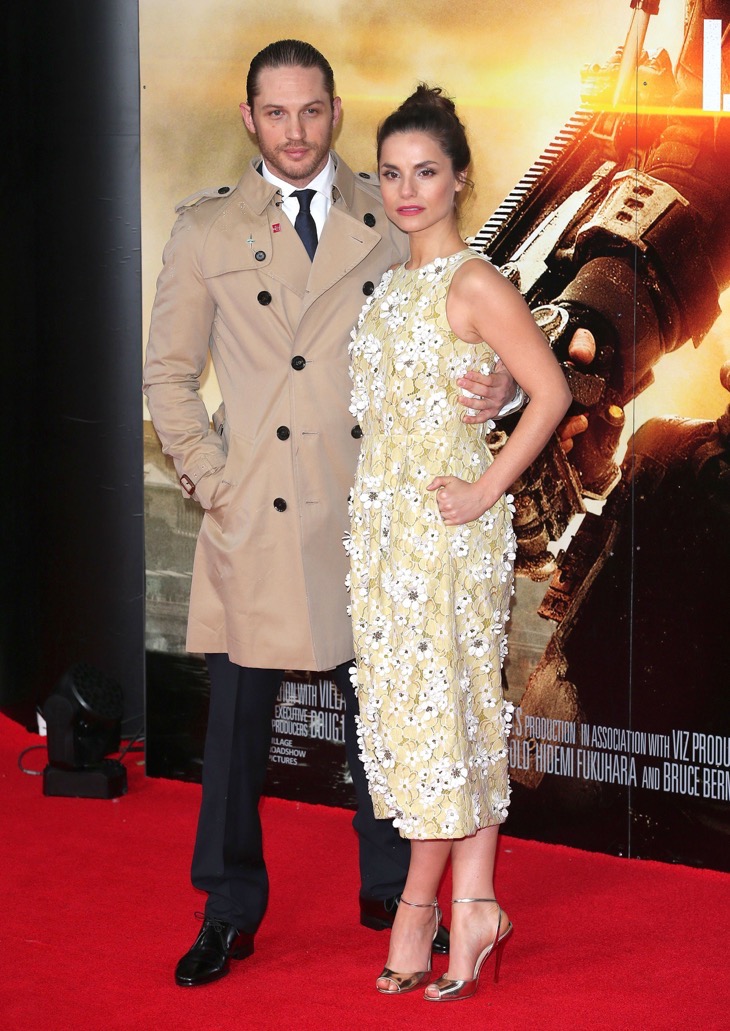 “Dark Knight Rises” actor Tom Hardy and his wife Charlotte Riley just welcomed their first child this week, according to a report from The Daily Mail. Tom and Charlotte have been relatively private about her pregnancy this year. The couple were engaged in 2010, and secret married in 2014 – earlier this year Tom confirmed that Charlotte was pregnant with baby number one on the red carpet at the premiere of his movie “Legend.”

This is baby number one for Charlotte Riley, who is also an actress and most well known for her film “Edge Of Tomorrow.” Tom Hardy actually has another child from a previous relationship, a seven year old son named Louis with his ex-wife Rachel Speed. So far, Tom Hardy and Charlotte Riley’s reps have been mum on the birth of their baby. Recently, celebs have taken a more private approach to their pregnancies and some famous babies have been over 6 months old before their parents finally introduce them to the world. We JUST learned what Zooey Deschanel named her daughter Elsie, and she is over three months old!

Tom Hardy is rather private, but if his interview with OK! Magazine is any indication – he will make a great father to his newborn baby. Tom recently dished to the magazine about his son Louis, “Being a father to Louis has given me the kind of purpose that makes you think more carefully about how you live your life.   I take great pride in being a father and making sure I’m there for him.”

Congratulations to Tom and Charlotte, we can’t wait to learn more about their new addition!