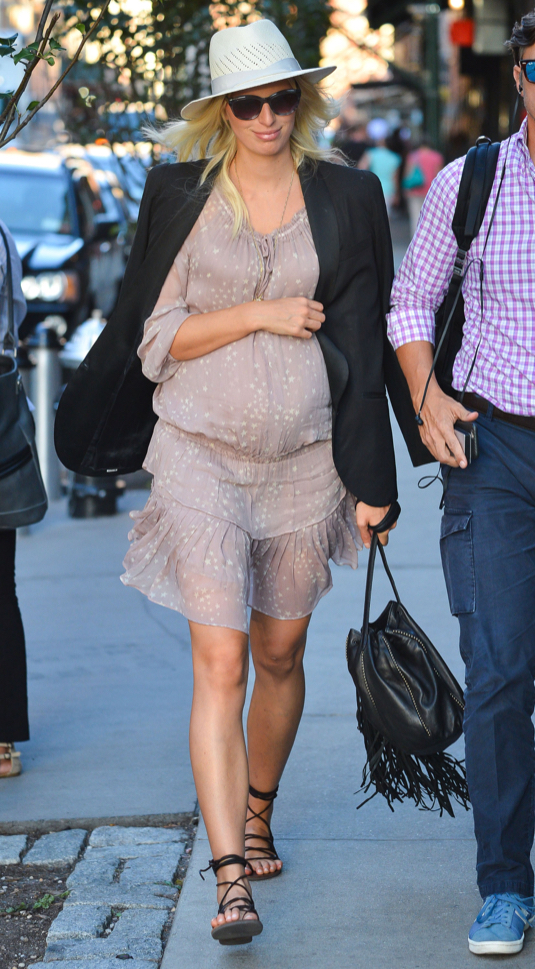 Karolina Kurkova was spotted out and about in New York City on Tuesday (Sept. 15).

The model was dressed in a star printed boho dress under a black blazer with a cream hat and a black bag. She smiled and she cradled her baby bump for the photographers while walking down the street.

“He is very ready,” she told E! News at the House of Gant Presentation during Spring 2016 New York Fashion Week. “He is super excited to be an older brother. Real excited, kisses my belly.”

The supermodel announced her pregnancy in July and later revealed in a Facebook selfie video that she was having another boy.

She is marred to Archie Drury.