David Growl Jets Off With Harper 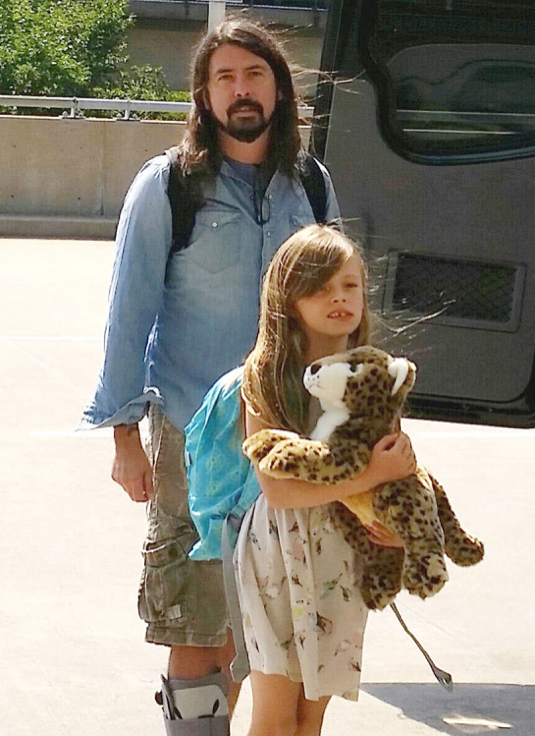 Dave Grohl and his daughter Harper were photographed departing on a flight at the Washington Reagan Airport in Washington DC on Sunday (Aug. 9.).

The Foo Fighters singer was dressed in a jean shirt and cargo pants with a brace on his right leg. His daughter wore a cute dress while holding a toy leopard.

After welcoming Violet, Grohl admitted that fatherhood changes everything in your life.

“I used to tour nine months out of the year. Now I don’t like being away from my kids for more than 12 days. t’s changed everything that I do,” Grohl told, adding,  “When you have kids, you see life through different eyes. You feel love more deeply and are maybe a little more compassionate. It’s inevitable that that would make its way into your songwriting.”

Grohl is also father to daughter Violet.  He shares his children with wife Jordyn Blum Grohl, whom he married in 2003.