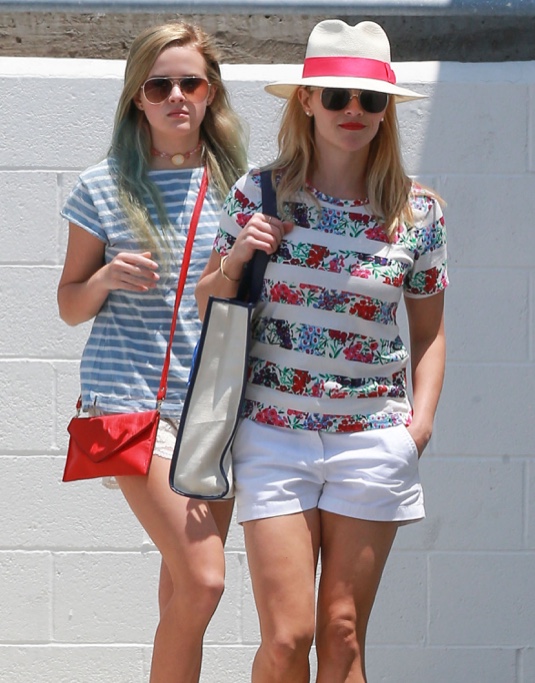 Reese Witherspoon and her daughter Ava spent a girl’s day shopping in  Beverly Hills, California on Saturday (May 23).

The Hot Pursuit actress was dressed in a striped floral top and white khaki shorts paired with a hat and sandals. She and the teenager browsed the Gap before heading over to Sephora to by makeup.

It was recently announced that Witherspoon will produce and star in Tink, a live action feature about Disney‘s iconic fairy.

Victoria Strouse, who is also working on a Finding Dory sequel for the Pixar film Finding Nemo, is writing the script. Insiders say it will play with the idea and the timeline of the well-known Peter Pan narrative.