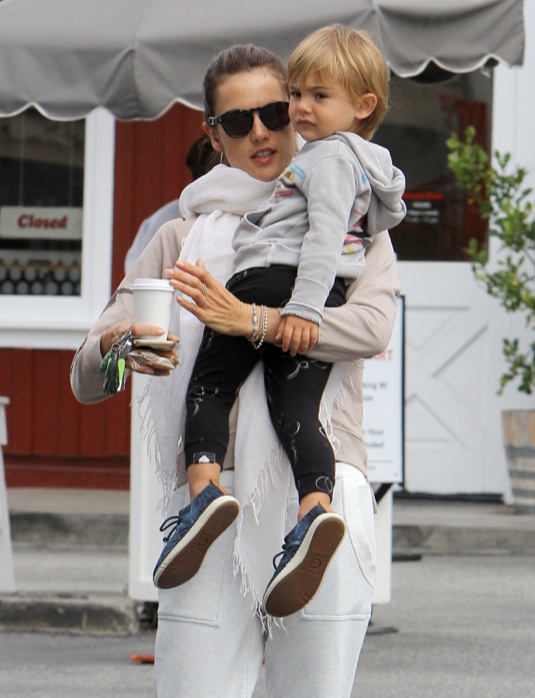 Alessandra Ambrosio was spotted taking her son Noah to breakfast at the Brentwood Country Mart in Brentwood, CA on Wednesday (May 13).

The Victoria’s Secret model was dressed casually in a light brown sweater and jogging pants while she carried a coffee. The youngster became fussy while they were leaving, so Ambrosio picked him up.

She strutted her stuff down the runway during the Replay Fashion Show at Nammos restaurant on May 8.

“Mykonos blues #paradise #lovethisisland #foreveronvacation #psaroubeach,” Ambrosio captioned a shot of herself in a bikini.