Pregnant Ashlee Simpson Glows at Just Before I Go Screening 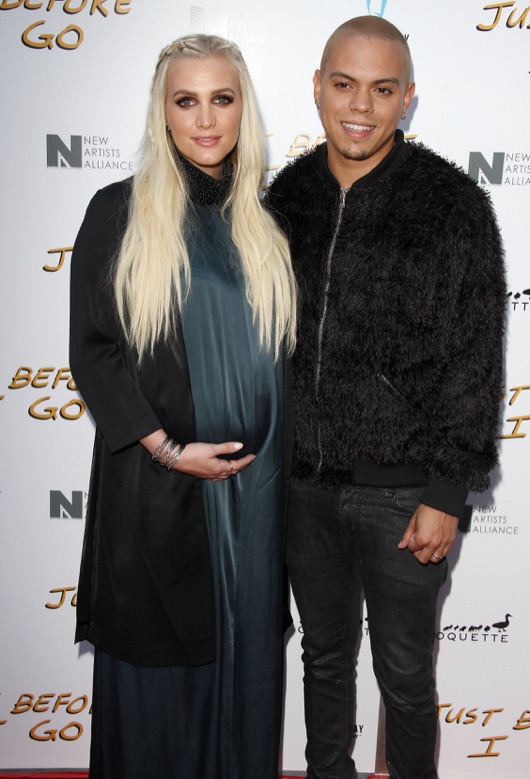 Ashlee Simpson and husband Evan Ross attended the Just Before I Go Special Screening held at The Arclight Cinemas in Hollywood, CA on Monday night (Apr. 20).

The pregnant actress showed off her growing bump in a long silk gown paired with a black over jacket. She cupped her bump while Ross affectionately hugged and gave her kisses while posing for pictures.

In December, the newlyweds confirmed they were expecting their first child together. Then in February it was revealed Simpson was carrying a baby girl.

She is expected to give birth in June.

The sister of Jessica Simpson is already mom to six-year-old son Bronx from her previous marriage to Fall Out Boy’s Pete Wentz.

How to Organizing Your Baby Room – Simple Tips For New Moms!