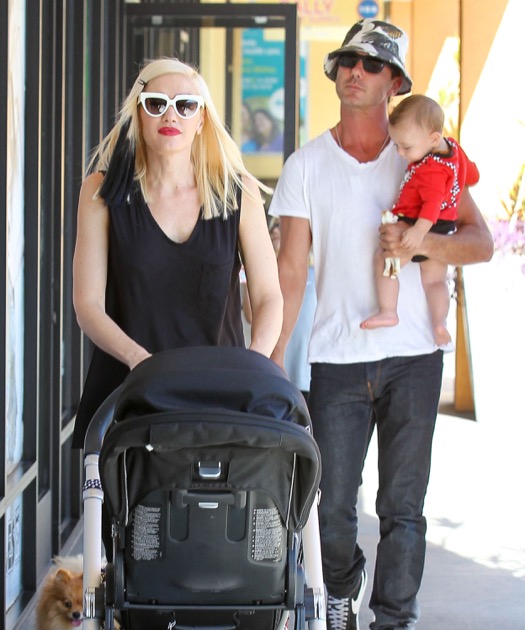 Gwen Stefani and husband Gavin Rossdale spent the day with their sons Zuma and Apollo in Studio City, CA on Saturday (Oct. 25).

The Voice judge showed off a black streak in her platinum blonde hair while dressed stylishly in a black tank and slouch pants with hightops.  She pushed Apollo’s stroller from the restaurant they enjoyed lunch at before doing some shopping.

This is her first solo single since 2006 and will be included in her upcoming album.

“Hopefully if all goes well, sometime in Dec,” Stefani wrote via a Twitter chat when asked by a fan when her album should hit shelves.

The singer also revealed that she and her No Doubt bandmates are working on new music.
Image Credit: Fame/Flynet
Continue Reading