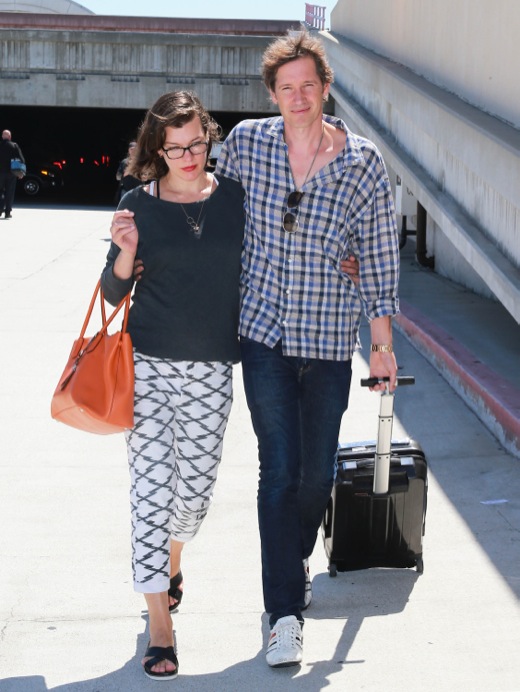 Milla Jovovich and her director husband Paul W. S. Anderson were seen arriving on a flight at LAX airport on Thursday (Sept. 11).

The pregnant Cymbeline actress wore a grey sweater, printed ankle pants and sandals. Her husband kept a protective arm around her while smiley happily at the photographers.

In August, Jovovich announced via Facebook that she and Anderson are expecting their second child.

“Happy Monday everyone!” she wrote. “This was originally going to be a post to tell you how excited I am about flying to Cape Town, South Africa to begin working on Resident Evil: The Final Chapter. But… My husband Paul and I just discovered that we are expecting another baby!!!

The Resident Evil added that the next instalment of the franchise will be delayed till after she give birth.

Jovovich and Anderson who are parents to son Ever married in 2009.

Tiffani Thiessen Is Trying For Baby No 2