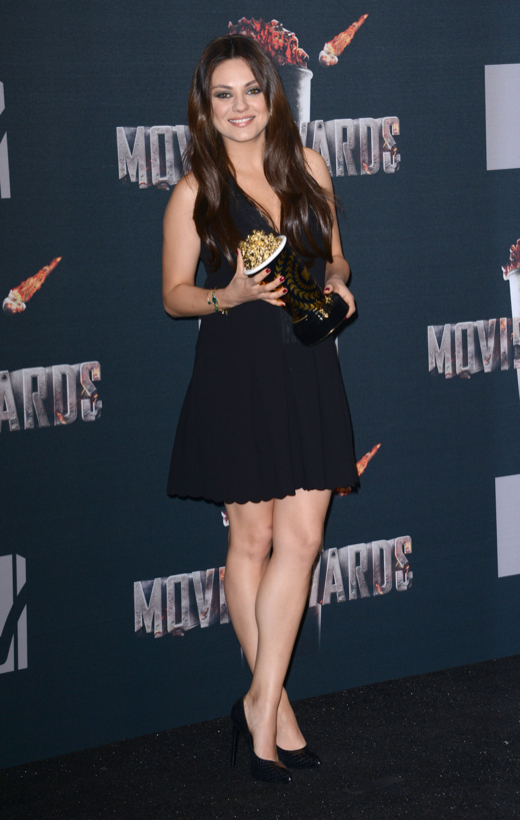 Mila Kunis made an appearance at the 2014 MTV Movie Awards at Nokia Theatre  in Los Angeles, CA on Sunday night (April 13).

Wearing a Thakoon black dress that showed off a tiny bump, the Jupiter Ascending actress took the stage to accept the award for Best Villain.

Kunis was nominated for her role as Theodora, the Wicked Witch of the West, in Disney’s Oz the Great and Powerful.

“Listen you guys. You just made my 12-year-old self’s dream come true,” Kunis told the crowd. “This is by the far the coolest award and I just realized I was the only woman nominated, and I won. So thank you guys.”

The star skipped the red carpet, but posed for press pictures backstage with her popcorn award.

Her fiance Ashton Kutcher was not present.