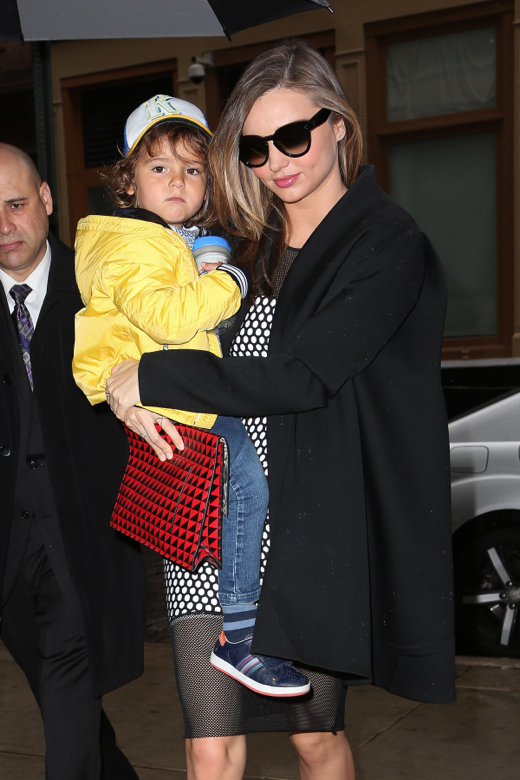 The supermodel looked chic in a black coat, dotted dress and black heels. She carried the toddler who dressed more casually in a yellow coat, a matching baseball hat and jeans with sneakers.

“I wake up, cuddle my three-year-old son Flynn and tell him I love him,” she revealed to British magazine Grazia. “I like to listen to classical music when I get ready. I hop in the shower, cleanse and moisturise.”

The Australian native shares her son with Orlando Bloom.

The former couple split from in October 2013 after three years of marriage.

Report: Mila Kunis & Ashton Kutcher Are Having a Baby Girl