Kristin Cavallari Shows Off Her Bump on the Red Carpet 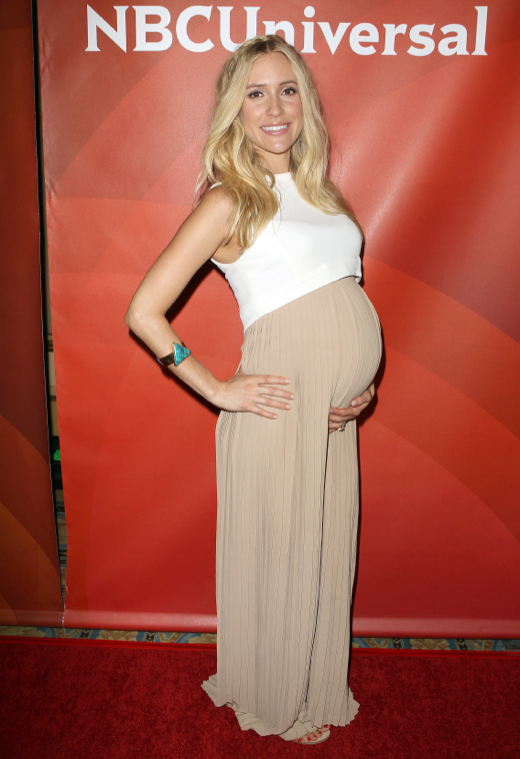 The pregnant reality star wore a white crop top over a beige pleated dress. She cupped her bump as she smiled happily for photos on the red carpet.

Despite having easy pregnancies, Cavallari is feeling like her second is dragging a little.

“I have relatively easy pregnancies and the first one I loved because it was so new and exciting,” she told HELLO magazine. “But with this one, it feels it’s dragging on a bit because I’ve done it before. Now I just wanna meet the little guy and see what he looks like.”

The most important thing in her life?

“My family, definitely,” says the TV presenter. “I hate being away from Camden for even a day.”