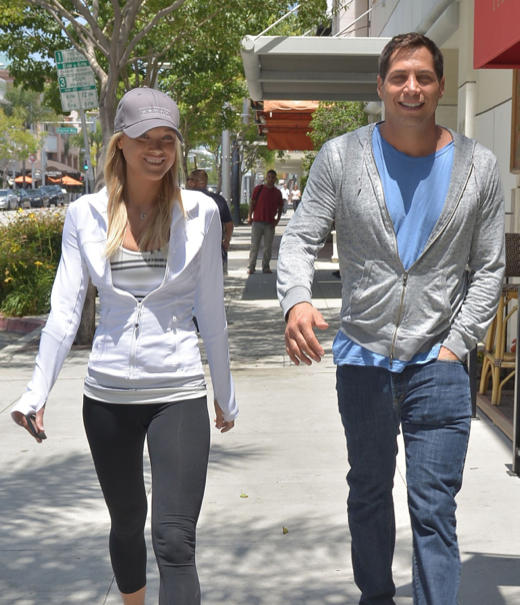 “We both wanted girls and we wanted them to be healthy and free of genetic diseases so we chose to do IVF,” Wilson told Us Weekly. “I have always heard women say you just know when you are pregnant and I totally understand that now.  Your body, smell, sensitivity and cravings all change and mine did from day one. I found out shortly after a blood test confirmed the results and called Joe immediately, we were both screaming and so loud with excitement from each end of the phone!”

The Girls Gone Wild creator says he isn’t concerned about being the father of two girls.

“We chose to have girls,” he said. “I believe people will finally understand my love, respect and admiration for women. I love girls.”

Wilson and Francis met through his company. She won Girls Gone Wild’s “Search for the Hottest Girl in America” contest in 2012.

Catch Up With Your Girlfriend at Wendy’s #NewSaladCollection