Once Upon a Time in Wonderland Recap March 13th, 2014: Season 1 Episode 10 #OnceWonderland 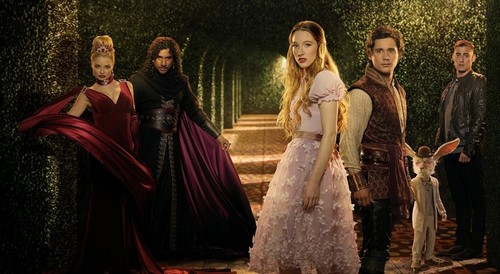 Our favorite fantasy drama ONCE UPON A TIME IN WONDERLAND returns tonight to ABC with a new episode called, “Dirty Little Secrets.”  On the last episode the Knave was released from the bottle by Lizard and she was given the opportunity to make her dreams come true with three wishes. Cyrus, and a reluctant Alice, partnered with the Red Queen to find and rescue the Knave, while the Red Queen was captured by peasants who wanted payback for her cruel reign.

Meanwhile, Jafar had taken over the Red Queen’s castle and learned of a fearful creature called the Jabberwocky who he planned to ally himself .  Did you watch the last episode ?  We did and we recapped it right here for you.

On tonight’s episode in flashback, Cyrus’ actions lead to a fateful day that leaves his mother near death, resulting in a decision that comes with a binding price he and his brothers have to pay. Meanwhile, after banding together, Alice, Cyrus, The Knave and the Red Queen split up into two groups that leaves the Knave and the Red Queen face to face with the fearful Jabberwocky, and Cyrus’ guilt about his past tests his relationship with Alice.

Tonight’s new series is going to be exciting, and you won’t want to miss it. So be sure to tune in for our live coverage of  Once Upon A Time in Wonderland episode 10 — tonight at 8PM EST! While you wait for our recap, hit the comments and let us know how your excited you are about the new series.

ONCE UPON A TIME IN WONDERLAND SEASON 1 EPISODE 10 LIVE RECAP, CLICK HERE ….

Aaron Paul Looks Forward to Having Children With His Wife