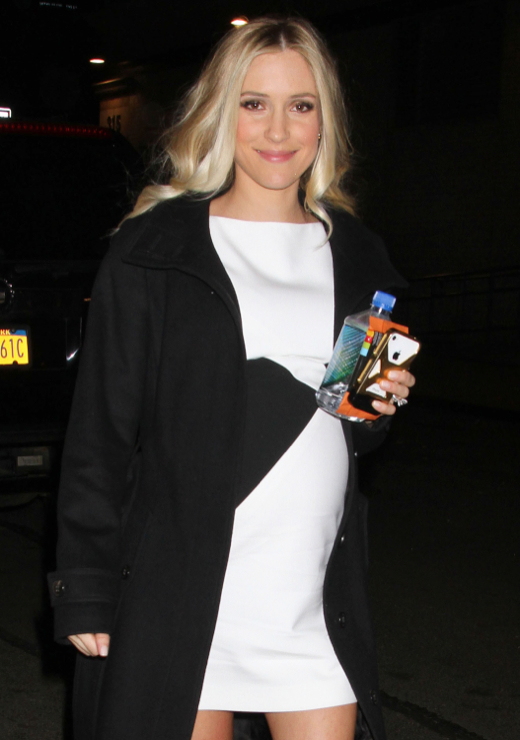 Kristin Cavallari was seen enjoying a night out in New York City on Tuesday (March 18).

The reality star wore a long black jacket over a little white dress that showed off her growing bump. She completed her night out look with strappy heels.

Cavallari recently sparked controversy when she claimed she and husband Jay Cutler have decided not to vaccinate their children.

“You know what, I’ve read too many books about autism,” Cavallari told. “There is a pediatric group called Homestead or, shoot, Homestead or Home First — now I have pregnancy brain, I got them confused — but they’ve never vaccinated any of their children and they’ve never had one case of autism. And now, one in 88 boys is autistic, which is a really scary statistic.”

She later clarified that she feels that vaccinating your children is a personal choice.