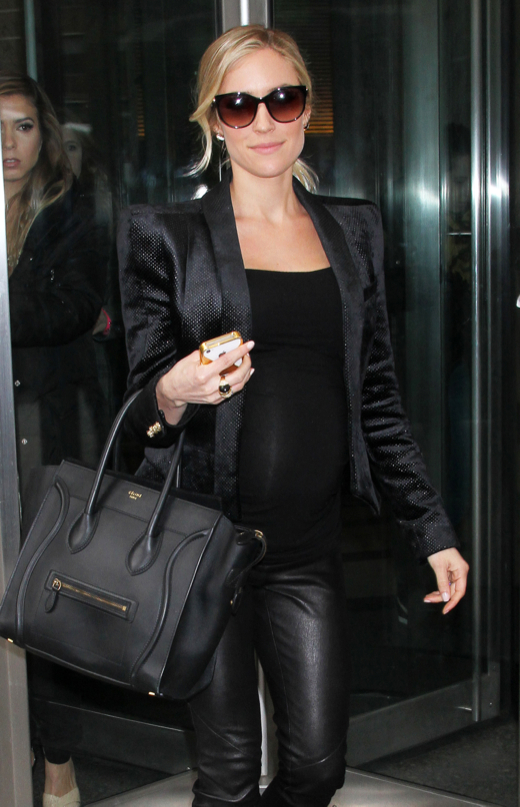 The pregnant reality star wore a black maternity top with a blazer and leather leggings. She paired her chic maternity look with a Celine tote, dark shades and Christian Louboutin pumps.

Appearing on the Fox Business show The Independents on Thursday, Cavallari revealed that she and husband Jay Cutler had chosen to not vaccinate their kids.

“You know what, I’ve read too many books about autism,” Cavallari told. “There is a pediatric group called Homestead or, shoot, Homestead or Home First — now I have pregnancy brain, I got them confused — but they’ve never vaccinated any of their children and they’ve never had one case of autism. And now, one in 88 boys is autistic, which is a really scary statistic.”

She later clarified that she feels that vaccinating your children is a personal choice.