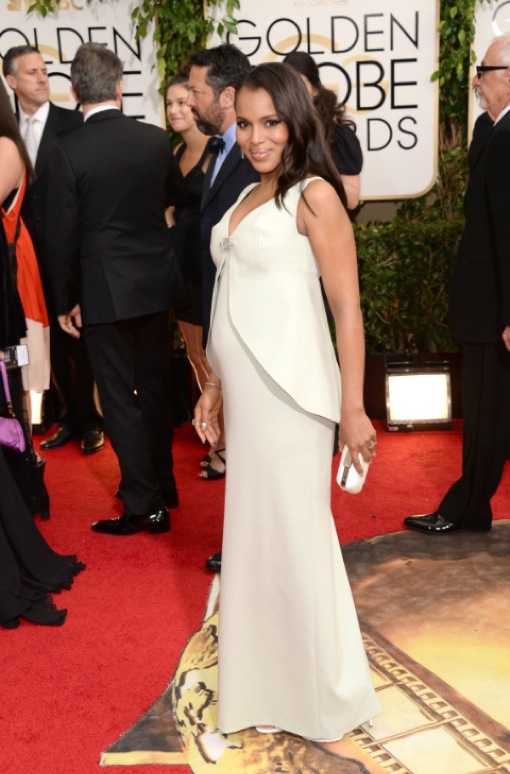 Kerry Washington showed off her baby bump at the 2014 Golden Globe Awards held at the Beverly Hilton Hotel in Beverly Hills, CA on on Sunday (Jan. 12).

The Scandal actress looked radiant in a custom Balenciaga gown and Casadei shoes. She completed her red carpet maternity look with a Movado watch, a Balenciaga clutch, and Fred Leighton jewelry.

While walking the red carpet, Washington official confirmed her pregnancy.

“I have the best date of the night — my little accessory here,” Kerry told E! News while patting her belly.

The mom-to-be is nominated for Best Performance by an Actress in a Television Series – Drama for the hit show Scandal. Aldo nominated is House of Cards‘ Robin Wright, The Good Wife‘s Julianna Margulies, Orphan Black‘s Tatiana Maslany, and Orange Is the New Black‘s Taylor