Eric Johnson Jets Off With Ace 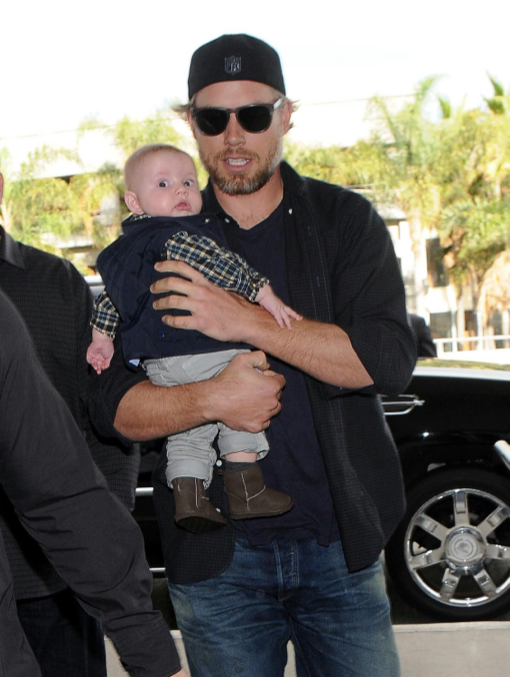 Jessica Simpson‘s fiance Eric Johnson was seen departing on a flight at LAX airport in Los Angeles, CA with their son Ace on Friday (Nov. 22)

The Ex-NFL player protectively held the baby while making his way into the airport terminal. Ace look startled by all the attention, but just as cute as ever.

Meanwhile, Simpson has been concentrating on losing the pregnancy since welcoming Ace in June.

She recently shared of a shot of herself looking noticeably slimmer while filming an ad for Weight Watchers.

Her new Weight Watchers campaign is expected to kick off in the next couple of months.

‘Tis the Season to Be Frazzled