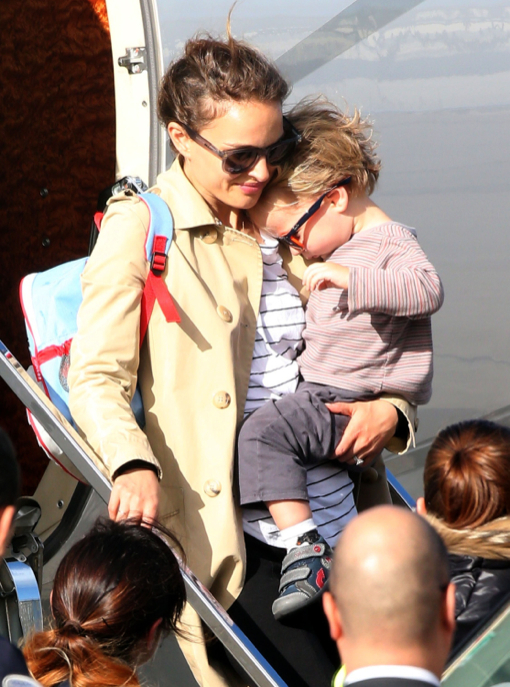 Natalie Portman and her son Aleph were photographed arriving on a flight at Le Bourget airport in Paris, France on Wednesday (Oct. 23).

The Thor: The Dark World actress was dressed in a cream coat, striped shirt and pants while carrying the toddler out of the plain. Aleph wore sunglasses so his eyes could adjust to bright sun.

Portman has claimed that “feminism is misinterpreted” in Hollywood films because most roles for women are written by men.

“I don’t think that’s necessarily feminist to see women like we see men in movies,” she told Sky News. “Just having a range of different ways women can be – whether it’s weak and strong, just being human and being real, and not just being some fantasy of a male writer – is more feminist than ‘she knows how to do kung fu’.”

Her next movie, Thor: The Dark World hits theatres November 8.

Waiting For My Dream Kitchen! #FinishYourKitchen