Miranda Kerr: Strollin’ With Flynn in the City 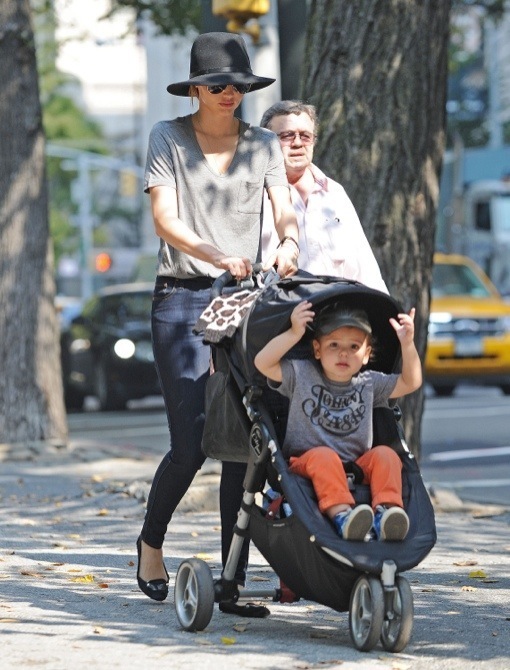 Miranda Kerr and her son Flynn were photographed enjoying a stroll along Fifth Avenue in New York City on Friday (Oct. 4).

The former Victoria’s Secret model was dressed casually as she pushed the toddler in a stroller. Flynn played with the sun shade while making funny faces at the paparazzi.

Fresh from the catwalk at Paris Fashion Week, Kerr insists that she is feeling better than ever.

“My life is more balanced than ever,” Kerr tells Cosmopolitan magazine of balancing work and domestic duties with husband Orlando Bloom. “Models are some of the most insecure people I’ve ever met. They’re constantly being told they’re not good enough. You’ve really got to practice loving yourself.”

It was announced this week that Kerr is the new face of  Swarovski.