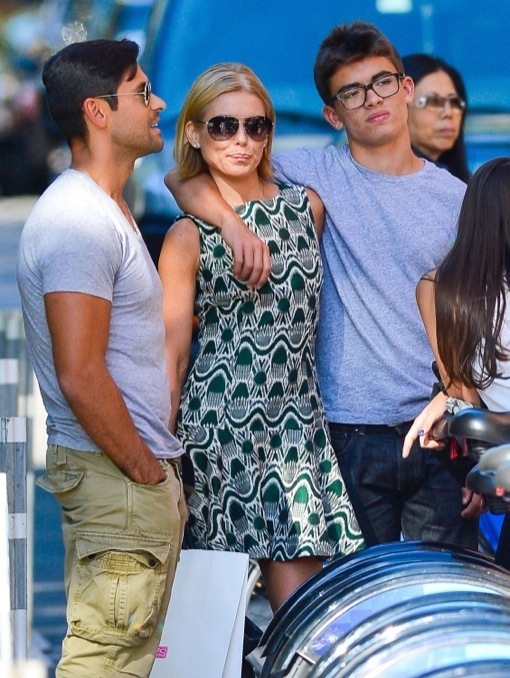 Kelly Ripa and husband Mark Consuelos spent the day shopping and eating at Cafe Gitane with their kids Michael, Lola and Joaquin in New York City on Sunday (Sept. 29).

Wearing a patterned dress, matching heels and aviator sunglasses, the morning talk show host looked slim while getting a casual hug from one of her boys. Consuelos wore a grey shirt and cargo pants as he walked next to his children.

Ripa and  Michael Strahan recently marked their first anniversary of co-hosting Live together.

The former Giants football player took over from Regis Philbin who had co-hosted the show since it began in 1983.

“I think the contrast of her [Kelly Ripa] and I aren’t what people would expect from a guy who was on the football field for fifteen years and now I’ve play dress up and comment on gel nail treatments,” said Strahan.

The morning show airs weekdays at 9EST on ABC.