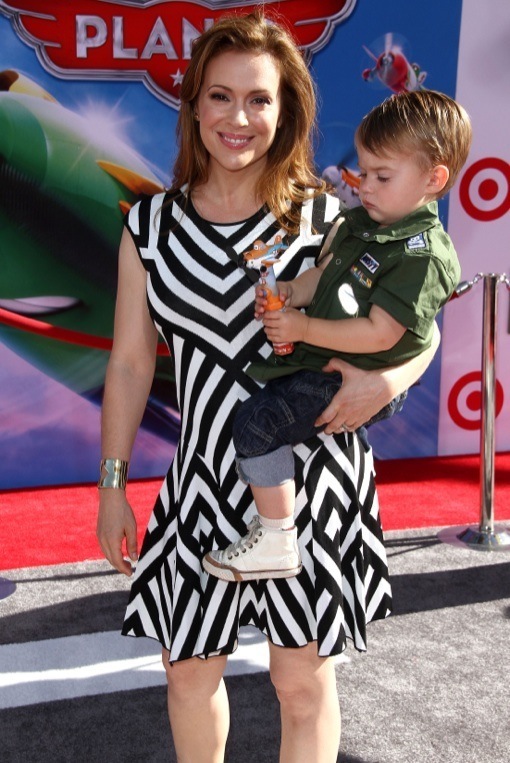 Dressed in a striped dress, the Mistresses posed for pictures while walking the red carpet. The 1-year-old looked adorable dressed in aviator shirt as he played with a Planes toy from Target.

“Milo at the #planes premiere in the jumpy jumpy,” Alyssa captioned a  snapshot from the event via Instagram.

Alyssa recently revealed how much Milo means to her while answering questions about herself.

“Milo is everything to me,” the Charmed actress told Wonderwall.

Julie Bowen: Being Your kids’ Best Friend is Not Always The Best Parenting Choice