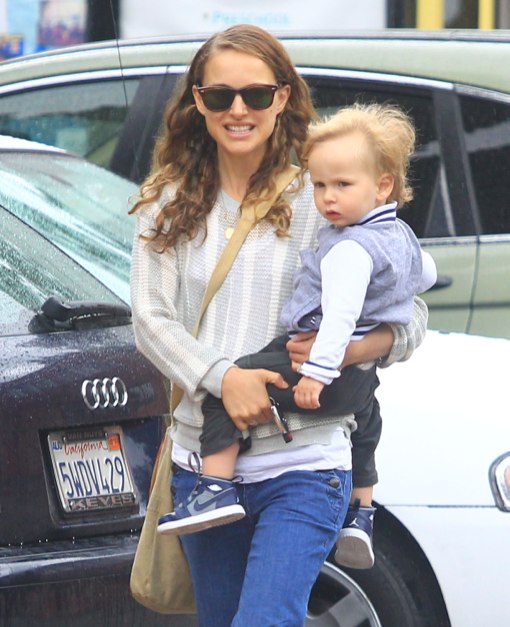 Natalie Portman and her son Aleph were pictured leaving a Jewish community center in Los Feliz, CA on Monday (May 6).

The Thor actress who is usually camera shy was suprisingly friendly with the paparazzi and gave them a big smile while walking to her car with Aleph on her hip. The nearly 2-year-old tot looked adorable in a baseball jacket, jogging pants and Nike hightop runners.

According to reports, Portman is set to to  team up with Michael Fassbender for the big-screen adaptation of MacBeth. She will take the role of Lady Macbeth in the story that will be set in the 11th century and told using the original language.

She star will next be seen in the sequel Thor: The Dark World, released November 8