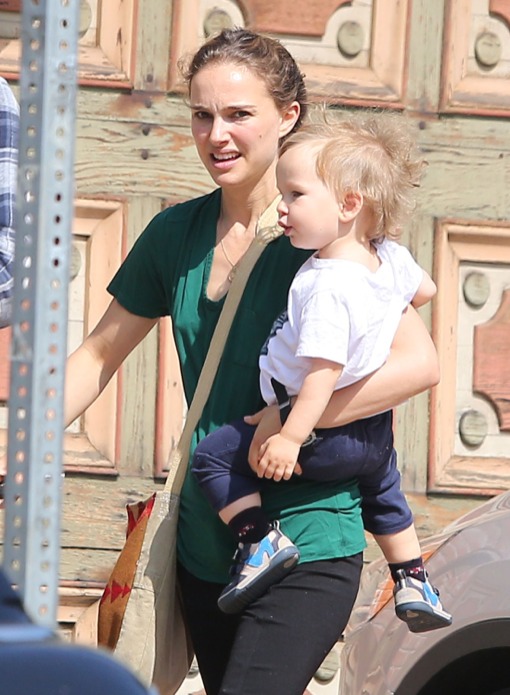 Natalie Portman took her son Aleph to visit a friend’s house in West Hollywood, CA on Friday (May 10).

The Black Swan actress looked casual in a green top and black pants with messy hair as she was pictured taking the toddler out of their car.  Aleph was dressed in a white top, navy jogging pants and running shoes.

Natalie has been lining up a lot of future movies as of late.

Ewan McGregor has signed on to star next to her in the upcoming movie Jane Got a Gun. Both Jude law and Bradley Cooper dropped out of the leading male role.

According to Deadline she, “plays the wife of an outlaw who leaves that gang after he gets shot up, and returns home. Knowing his former outlaw mates will come to finish him off and destroy her farm, Jane is forced to rekindle a relationship with a past love, a capable gunman who can help her.”

Portman is also set to to team up with Michael Fassbender for the big-screen adaptation of MacBeth.