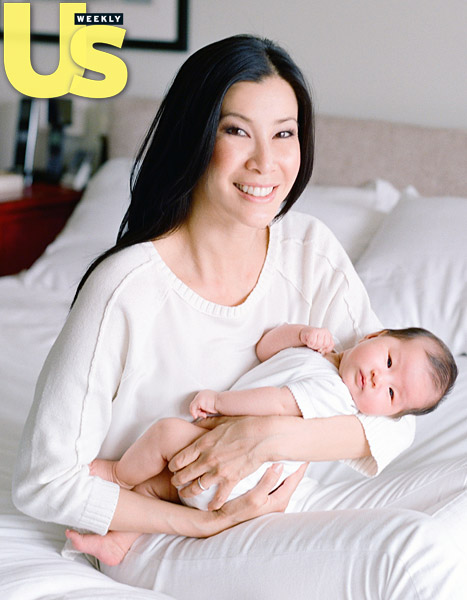 Lisa Ling and her husband, Paul Song debut their adorable two-month-old daughter in the current issue of Us Weekly.

“We weren’t trying,” the host of Our America With Lisa Ling told.“My travel schedule is erratic, and I only saw Paul once a month, so it was a shock. We had considered adoption, but we got very lucky. We believe this is the child we were supposed to have.”

The new mom who suffered from two miscarriages admits it felt amazing to go through the entire process of pregnancy.

“It was incredible — I had never gotten far enough along to feel like anything was in there,” Ling explains. “Paul and I stayed in bed all weekend with our hands on my stomach. It was such a miracle.”

“When they held her up, it was probably the most triumphant moment in our marriage,” Ling says. “It was like, ‘We made that screaming beast and we’re responsible for her for the rest of our lives!’ It was an incredible bonding moment.”

“I’m a huge fan of martial arts and Jet Li, so I loved the name Jett,” she tells. “It also reminds me of Joan Jett and badass women rockers.”