Jessica Simpson Will Get Married This Year After her 2nd Baby’s Born – Really! 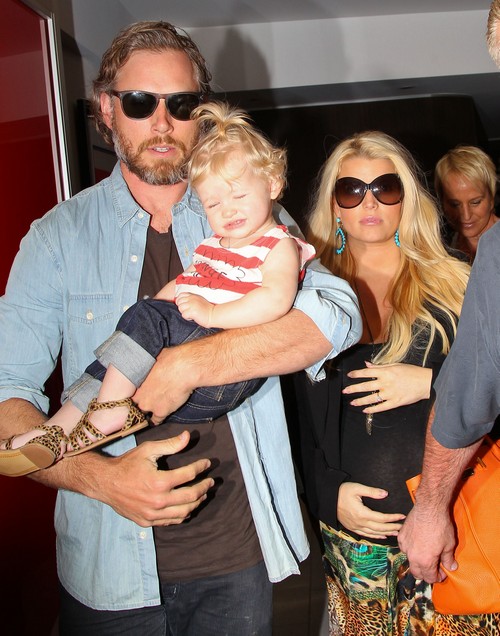 After postponing her wedding twice thanks to unexpected baby news, Jessica Simpson is bound and determined to get married later this year.  Jess is expecting a son with fiance, Eric Johnson, any day now. He will join big sister Maxwell, who turned a year old just a few weeks ago. According to US Weekly, the Fashion Star mentor is planning to finally tie the knot a few months after delivering her son. Of course she’ll whip herself back into shape first.

This time around Jess has been much more careful about baby weight. When pregnant with Maxi she ate whatever, whenever and then had 70 pounds to try to ditch after the fact. Now she has been much more aware of the battle later on and it has caused her to make healthier choices. Jess also has a chef on stand by at all times to ensure that she’s eating as healthy as possible.

It has been nearly three years since Eric first proposed. Do you think that this couples dream wedding really has been derailed because of starting a family, or has that been a convenient excuse? Will they actually get married later this year as Jess seems to be planning?  Who do you think has been the one to postpone the ceremony? Is Eric as invested as Jess? Or do you think maybe having one failed marriage makes Jess fear going through that all over again?  Jess has joked about hurrying up and swapping those vows before she ends up pregnant a third time. Do you think these two will keep extending their family or will the two back-to-back babies be plenty for Jess and Eric? Tell us your thoughts on this couple in the comments below!

Family Adventure: Taking Our Baby To The Pool