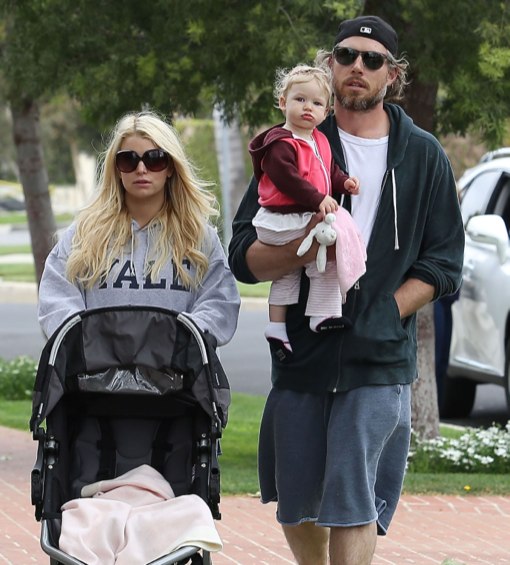 Earlier in the week, Jessica took to Twitter to admit she has given up wearing heels during her second pregnancy.

“Practicing walking in flats around my house,” she tweeted along with a photo of her feet in a pair of black flip-flops.

A source revealed she her back hurts too much when wearing heels.

“Jessica is no longer wearing heels,” the source told Us Weekly. “Her feet are swollen and hurt, and high heels hurt her back.”

The singer is due in the summer.