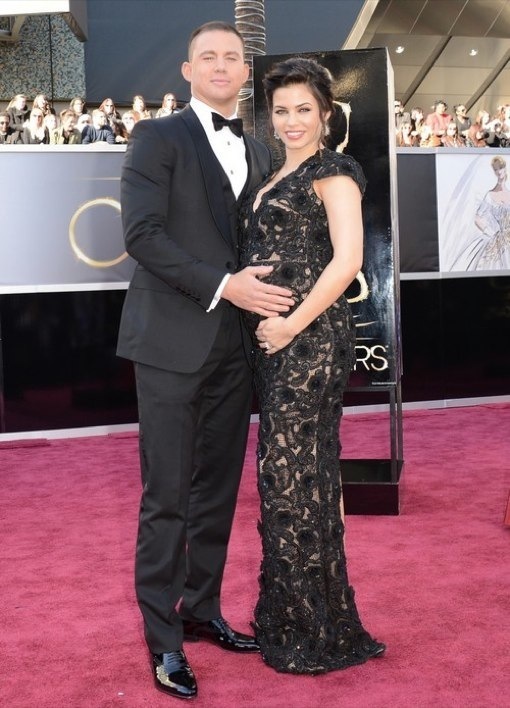 Look at that Oscar bump!

The father-to-be looked handsome in a Gucci suit while he cupped his wife’s growing baby bump. Dewan looked stunning in a fitted black lace dress with a updo hairstyle.

Calling his future child his “greatest production yet”, Tatum revealed his wife will give birth in London where he will be filming his new movie.

“We’re going to have the baby in London while I’m shooting and there won’t be any downtime whatsoever,” the Magic Mike actor told told E!’s Ryan Seacrest.

“I have a few more months,” the American Horror Story actress added.

Perhaps, the couple will chose a British name to remind of the birth of their future baby.