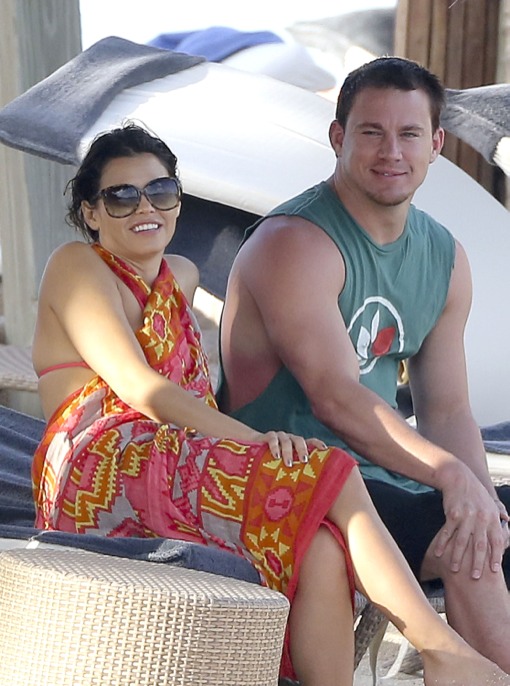 Could Channing Tatum get any better?

The 21 Jump Street star and his wife Jenna Dewan were spotted enjoying a romantic day on the beach together at the Guanahani Hotel on New Year’s (Dec 31.) in St Barts.

Tatum looked like he couldn’t be more in love while doting on the future mama of his baby. He affectionately gave her kisses and asked a vacationer to take a picture of them whiling hugging her bump.

Later, the couple watched children play in the sand in front of them.

The couple announced that they were expecting right before the holidays.

They, ”are pleased to announce that they are expecting the birth of their first child next year,” a rep for the couple told.

Vacation Comes to an End For Ashlee Simpson & Bronx