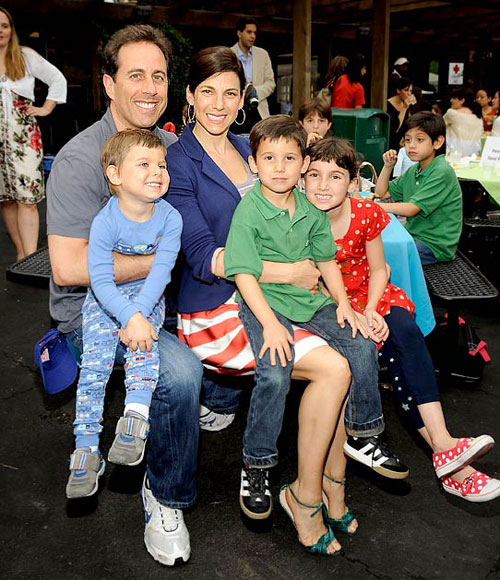 Jerry Seinfeld  who is estimated to be worth $800 million tells his three children, Sascha, Julian and Shepherd are not entitled materialistic snobs.

In the newest issue of The New York Times Magazine, the comedian admits that his daughter was upset when his wife, Jessica, gave her an iPhone 5.  The youngster apparently called it a “mean-girl phone” and asked for a less expensive option.

Seinfeld adds that his son Julian has called him ‘spoiled’ and even convinced him to sell his collection of Porsches.Meanwhile, the New York native performed Thursday (Dec. 19) in Long Island and donated all the profits from the show to victims of Hurricane Sandy. The profits of his upcoming performances in Brooklyn and Staten Island will also be donated.

“I grew up on Long Island, and New York City is home,” said Seinfeld. “This is a tough time for this area, and we’re just glad to be able to help in the recovery.”

Mariah Carey Poses With Her Sweetie