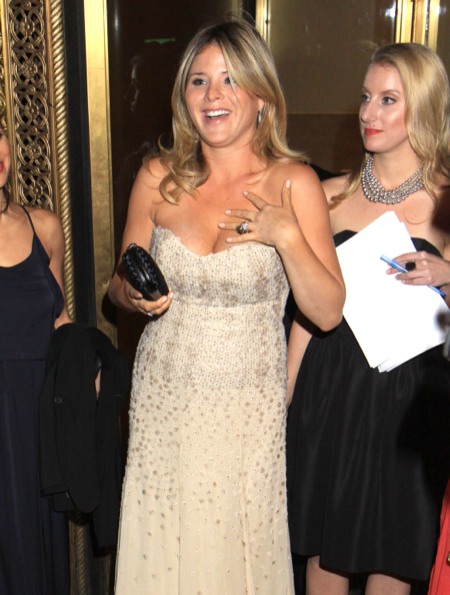 Jenna Bush Hager announced Wednesday that she and her husband Henry Hager are expecting a baby in the spring.

It will be the first grandchild for former President George W. Bush and former First Lady Laura Bush.

“We’re both really thrilled,” Laura Bush tells. “We’ve been looking forward to being grandparents for a long time and we’re very excited about it,” she says.

The former President called in to Today Wednesday for his daughter’s annoucement.

“I’m fired up. I’m looking forward to it,” he shares. “I could barely contain the news.”

In the meantime, Jenna will be serving as an executive producer of A White House Christmas: First Families Remember, featuring former first daughters and first ladies reminiscing about their holidays at 1600 Pennsylvania Avenue.  It airs Dec. 20 at 8 p.m. on NBC.

Visit NBCNews.com for breaking news, world news, and news about the economy

Megan Fox Tells All About Labor With Son Noah