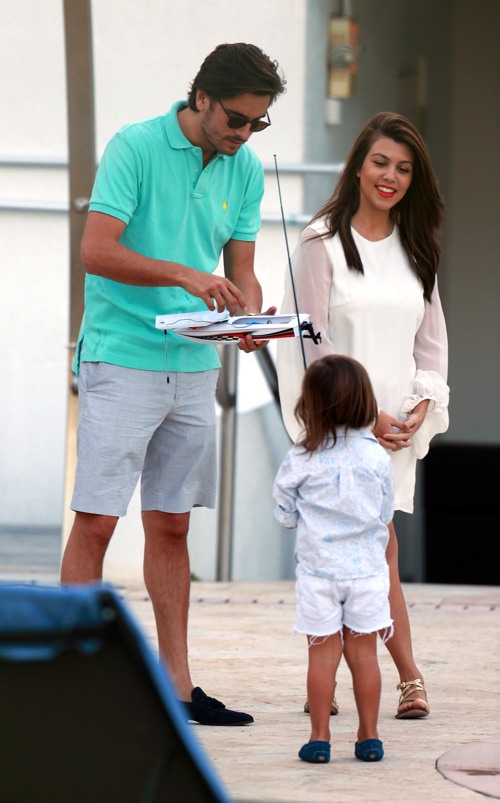 Kourtney Kardashian, her boyfriend Scott Disick, and their  2-year-old son Mason were spotted filming their reality show while enjoying some family time poolside in Miami, Fl on Monday (Nov. 19).

Later in the day, the Keeping Up With the Kardashians star received the keys to the city of  North Miami alongside her sister Kim.

The city decided to honor the reality stars because they will be adding to the city’s revenue after deciding to film Kourtney and Kim Take Miami in North Miami.

“What can you say about the Kardashians that we don’t already know?” remarked the Mayor. “Three of the hardest working people in the business: Khloe, Kim, and Kourtney… we are honored by your presence.”

The sisters were essentially kicked out of South Beach after residents protested them renting a Venetian Island waterfront mansion while filming.