Alicia Keys: “Motherhood Was a Big Part of Me Breaking Free” 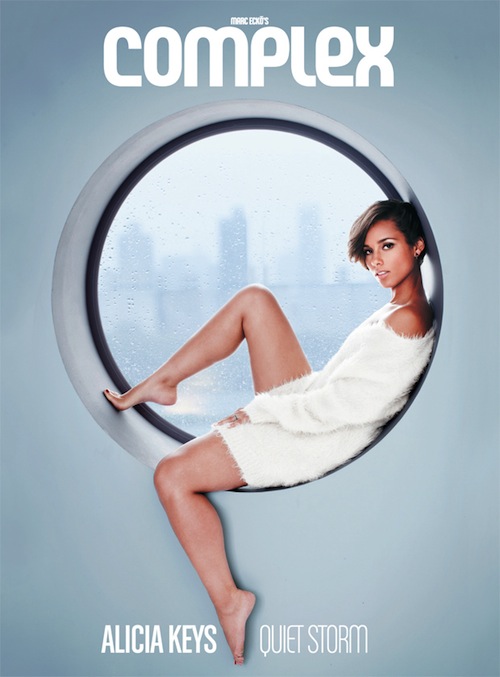 Alicia Keys covers the latest issue of Complex to promote her upcoming album Girl On Fire. In the magazine, the grammy award winning singer open up about becoming a mother and why she named her 1-yeas-old son Egypt.

Keys admits that becoming a mother helped her grow into a woman.

“Motherhood was a big part of me breaking free. Before I gave birth to Egypt, there was a certain energy of wanting to fix things. Women want to clean stuff up before the baby comes. I refused to be in any circumstance that would give negative energy to this. That was what pushed me over the edge. It was becoming a woman. I was a girl, and now I’m a woman.”

The New York State of Mind singer named her son Egypt because she had a to the country that she remembers as a growing period in her life.

“I took an important trip for myself to Egypt. There were a lot of things that needed to change. I was not as experienced then, so I felt close to a breakdown. I went to Egypt, and I went alone. I sailed down the Nile and I saw the temples, the tombs, and the pyramids. It was powerful. It was very Cleopatra. When we found out I was pregnant, my husband said, ‘Egypt was such an important time for you. That really changed your life. Wouldn’t that be amazing as a name?’ Once he said that, I was like, ‘Yes.’ ”

Keys first album since giving birth, Girl on Fire will be released at the end of the month.

“It’s not a departure. It’s growth. I love the way that I’ve been able to go deeper into my lyrics and my songwriting and go to a place I was too afraid to access before.”

Tamera Mowry Shares a Pictures of Her Newborn Son