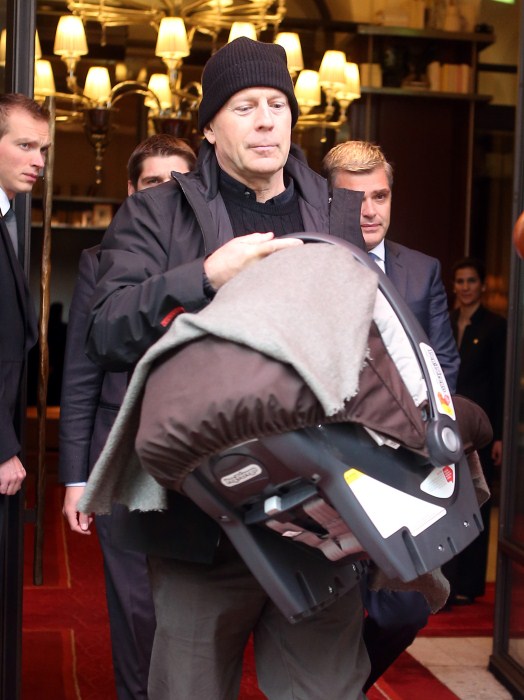 Bruce Willis, his wife Emma Heming  were seen leaving the Royal Monceau hotel in Paris with their daughter Mabel Ray on Wednesday morning.  The proud daddy was bundled up warmly as he protectively carried the 6-month-old in a Peg Perego car seat that was covered with a blanket. Hemming followed behind as she tried to shield her face from the paparazzi.

The actor is currently in Paris to shoot his upcoming film Red 2, a sequel alongside Catherine Zeta-Jones, John Malkovich and Mary-Louise Parker. In the first film, Willis plays a former black-ops agent who had to reassemble his old team after getting threatened by an assassin.  Not much is known about the plot the sequel.

The father of four is quite busy this year. He is filming a total of six films this year, including another Die Hard movie.

Bill and Giuliana Rancic Are Having Baby Number Two!

Emma Heming Bumps On Day Out With Bruce Willis