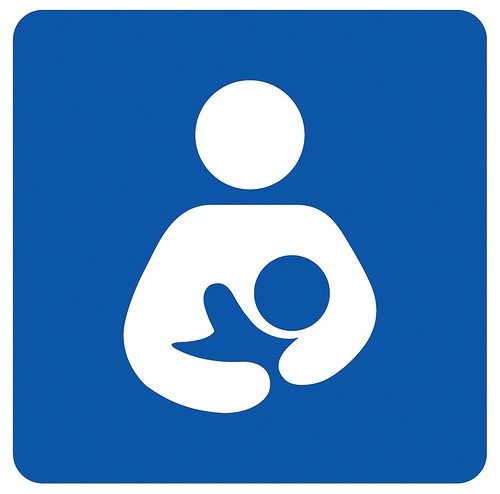 Terran Echegoyen-McCabe and Christina Luna are the breastfeeding military moms who appear in the picture circling the net and making headlines all over. You can see the picture here, the photographer reserves all rights so I cannot post it here. These mamas, who are in the Air Force, took the photo to support the breastfeeding awareness campaign by Mom2Mom of Fairchild Air Force Base.

Mom2Mom tries to raise awareness about the benefits of breastfeeding for new and expectant mothers. That, however, is not the issue. According to Air Force News,

The Air Force has no policy on breastfeeding in uniform. But it does forbid airmen from using the uniform to advance the cause of an outside organization.

“The uniform was misused. That’s against regulations,” Kosik said. “I want to be very, very clear about this. Our issue is not, nor has it ever been, about breastfeeding. It has to do with honoring the uniform and making sure it’s not misused. I can’t wear my uniform to a political rally, to try to sell you something or push an ideology. That was our point of contention.”

I just don’t see it the same way. They are not supporting a politician or trying to sell anything, they are supporting mothers, other working women trying to encourage fellow mothers to choose a healthy lifestyle, which is supported and encouraged by our government!

“I have breastfed in our lobby, in my car, in the park … and I pump, usually in the locker room,” she told the “Today” show, adding that she usually nurses her babies while on her lunch break during drill weekends. “I’m proud to be wearing a uniform while breast-feeding. I’m proud of the photo and I hope it encourages other women to know they can breastfeed whether they’re active duty, guard or civilian.”

I think this is a positive and wonderful image of military mothers. I see nothing wrong with it at all. what are your thoughts about Terran Echegoyen-McCabe and Christina Luna, the breastfeeding military moms?