Prince William: “Catherine And I Are Looking Forward To Having A Family” 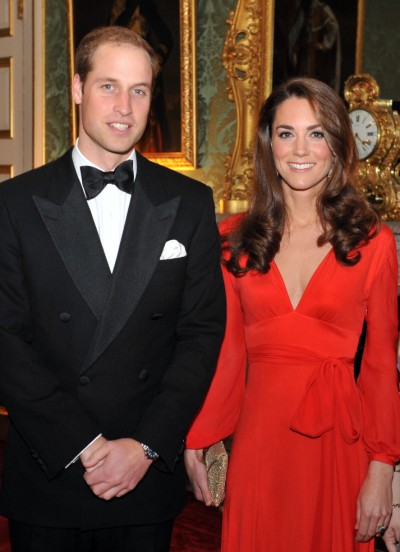 Prince William got the baby bump watchers out in full force last night when he told Katie Couric he and wife, Kate Middleton, have babies on the brain. In her ABC special, The Jubilee Queen, Couric pulled no punches with the second in line to the throne and asked him about upcoming military plans and if the world might hear the pitter patter of royal feet soon.

It seems the prince is torn between his duty to his Air Force career and his duty to his nation. “I’m still trying to decide. It’s a really difficult one because I really enjoy my time in the Air Force. But the pressures of my other life are building, and fighting them off or balancing the two of them has proven quite difficult. More importantly, I’d rather like to have children. I’m just very keen to have a family and both Catherine and I are looking forward to having a family in the future”

When Couric pressed William even further asking if there was something personal he’d like to share with the world, he just chuckled and replied, “You won’t get anything out of me. Tight-lipped.”

Do you think an announcement is coming? I hope so!

Here’s Why Everyone Is Raving About Princess Charlotte’s Dress