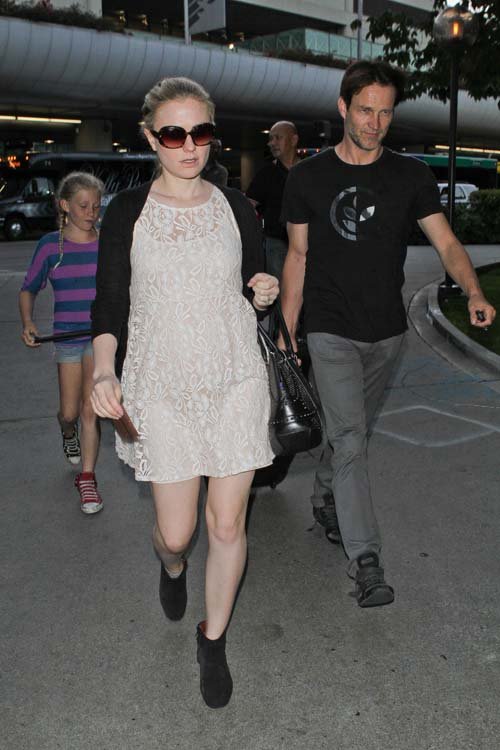 Anna Paquin and husband Stephen Moyer were spotted arriving at LAX from Munich  in LA on Monday. The pregnant True Blood star wore a lace dress that hid her growing bump. Moyer followed behind with his 10-year-old daughter Lilac.

Paquin recently hit back at critics who suggest bisexuality is “made up”, insisting gender has nothing to do with who she falls in love with.

“I’m sure for some people saying they’re bisexual feels less scary than making a statement that they’re gay. For me, it’s not really an issue because I’m someone who believes being bisexual is actually a thing. It’s not made up. It’s not a lack of decision. It’s not being greedy or numerous other ignorant things I’ve heard at this point,”  Paquin told Zooey magazine.

“For a bisexual, it’s not about gender. That’s not the deciding factor for who they’re attracted to.”